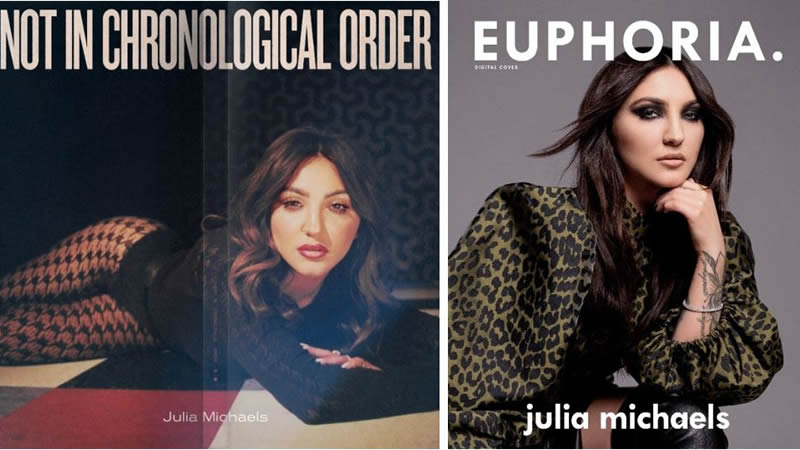 American singer Julia Michaels has announced that she would finally release her debut studio album on April 30.

It was on April 14 when the 27-year-old singer announced the title of her album, Not in Chronological Order and that she would release it on April 30, 2021.

The album features ten songs, including “Lie Like This” as the lead single which she released on October 1, 2020. Another track from the album “All Your Exes” was released on March 26, 2021.

“My first album,” Julia told her fans on social media. “I can’t believe I’m even saying that. But here we are. And here it is. I made this album all throughout last year with a handful of people that understood where I was and where I was going with this album.”

Songs written by Julia Michaels for pop icons like Selena Gomez and Justin Bieber ended up on the world’s music charts. In 2017, she released her debut single, “Issues,” and bagged two Grammy nominations. Buoyed up by the success of her releases, she kept on releasing singles and several EPs, including 2019’s Inner Monologue Parts 1 and 2.

The year 2020 witnessed her highlight when she and her real-life boyfriend, JP Saxe, scored a Song of the Year Grammy nomination for the hit duet “If the World Was Ending,” which the two co-wrote and sang.

Kim Kardashian believes she works harder than you do