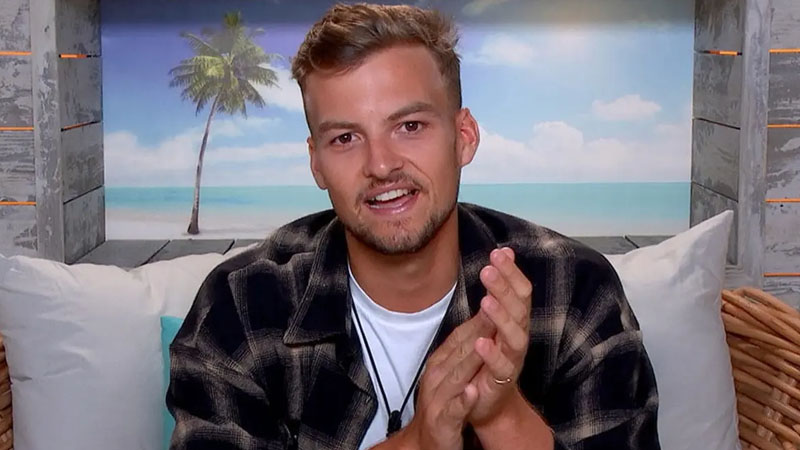 Hugo Hammond looks to have found love with Casa Amor bombshell Amy Day after weeks of being unlucky in love. Hugo brought Amy back to the main villa after getting to know each other in the second villa, and the rest, as they say, is history.

Apart from Liam Reardon doing the dirty on Millie Court with Lillie Haynes, one of the most talked-about moments from Casa Amor was Hugo’s awkward AF first kiss with Amy outside of a challenge when he uttered the immortally cringe-worthy words “job done,” much to the surprise of viewers at home and Amy herself.

Hugo’s lack of coverage since his return to the villa with Amy has also perplexed fans, with the former PE teacher scarcely appearing on our screens. Some Twitter users joked that he should file a missing person’s report. However, there may be a very good reason why we haven’t seen him much, according to rumors – the source says.

Producers have “grown tired” of Hugo, according to a TV insider, and are refusing to give him exposure after having to reshoot his kiss with Amy FIVE times.

“Hugo has disappointed producers, they were relying on him to be a big character in the villa, but he’s ended up fading into the background,” they told MailOnline.

The source added, “The aim of the show is to form genuine connections and he’s struggled to do that with female Islanders, and even some of the males in the group.

“It took Hugo five attempts to film his first kiss with Amy and his ‘job done’ comment gave the game away.”

“This is not true,” according to a spokesperson for the ITV2 dating show.

According to Heat World, another remarked, “Sorry but Amy hates Hugo. Her entire body language is rejecting him. Sis is in purgatory. She wanted to die when he said ‘job done after a kiss and fair enough. I know a major ick when I see one. #LoveIsland.”

Amber, the 2019 winner, got involved when she wrote, “Amy HATES Hugo #loveisland.”

Robert Pattinson’s Batman Will Reportedly Be Very Brutal And Violent