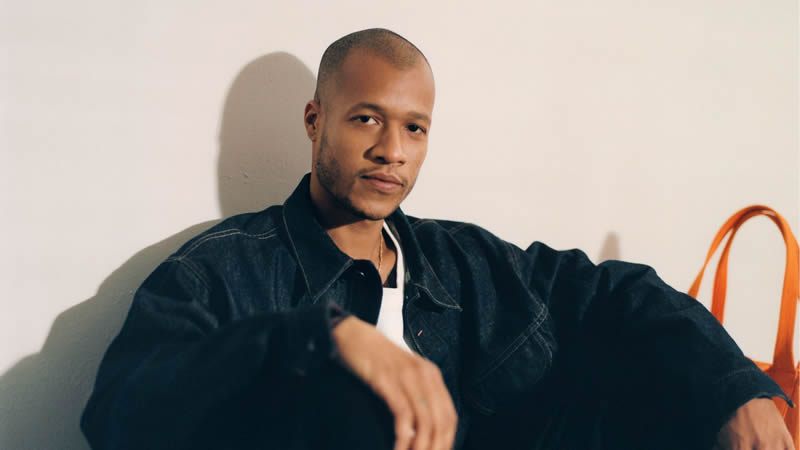 Preston focused on the brand’s most iconic pieces, such as the underwear and the white T-shirt, and thought about defining what it means to be essential.

A year in the making, Heron Preston for Calvin Klein will be launched Friday.

The collection, which features essentials such as denim, underwear, T-shirts, hoodies and shorts, has a modern spirit that Preston has brought to the brand.

“We made it, and I’m so excited to see this project finally come to life and launch it with the world,” said Preston, on a video presentation Tuesday.

As reported, the designer has taken on a creative consultancy for Heron Preston for Calvin Klein. The line is gender-neutral and sustainably sourced, and will be sold in the U.S. and in select markets in Asia and Europe, with prices ranging from $138 to $298 for sweatshirts and hoodies, $36 to $88 for underwear and $185 to $225 for denim. An ad campaign, photographed by Renell Medrano with video by Rubberband, features Kaia Gerber, Ashley Graham, Jordan Alexander, Lil Uzi, Renell Medrano, Stevie Williams, Sabrina Fuentes, and Nas, along with Preston and Sabrina Albarello, who are a real-life couple.

In a conversation with Jacob Jordan, global chief merchant, head of product strategy and new product ventures at Calvin Klein, Preston explained he was always well aware of the Calvin Klein brand and his father used to wear the cologne “Obsession.” Preston became a customer himself and would also skateboard under the Calvin Klein billboard at Houston and Broadway in SoHo. “Just growing up and seeing those black-and-white campaigns,” he recalled.

When Preston was assigned the project, the first thing he did was visit the Calvin Klein archives to “soak up the history of the brand.” He wanted to make sure he understood the brand’s DNA and that he was respecting Calvin Klein as much as possible. “I wanted to create a collection for real people. I saw this collection speaking to not only my specific friend group but the rest of the globe,” said Preston.

He focused on the brand’s most iconic pieces, such as the underwear and the white T-shirt, and thought about defining what it means to be essential. Uppermost in his mind was creating clothing that was comfortable, as well as the fit, the shape and the quality of the material, and that it didn’t break down over a couple of wears.

He also wanted to understand the colors of Calvin Klein. “Understanding colors like chalk that I became obsessed with,” said Preston. He looked up old campaigns and boxes of photography, and observed and absorbed all that stuff, including fan letters the brand received before the internet. He set out to understand the consumer and what they’re wearing from day to nighttime.

For denim, the results are carpenter jeans, higher-waist fitting jeans and regular fitting jeans and a natural canvas denim top. He cited his favorite denim pierce as the carpenter denim jeans. “It really speaks to me as a designer who’s inspired by workwear,” said Preston.

“We discovered this idea of underwear as outerwear,” he said, pointing to a bralette on top of a tank top. “There was also this idea of playfulness,” he said. The 1990s shines through many of the pieces, added Jordan.

“People always associate Calvin Klein with being minimal, and I think you [Preston] embraced that and you built so much detail within each of the pieces. Denim is a place where that definitely shows up,” said Jordan.

Preston said he obsessed over details. “These pieces are so minimal and basic, how do you make them stand out?” he asked. “I really wanted to design pieces that would catch your friend off guard in conversation because they would notice details. I wanted to make a distinction between wearing clothes and then living in them,” he said. “This is a collection that I really wanted people to live in.”

The boxer briefs have a thin orange line around the waistband. Socks also have an orange trim. “Orange is my color,” said Preston, pointing to various places where it’s a subtle, but distinct addition in the collection. He also was excited about the “Klein blue” underwear. “Calvin Klein had such a great use of colors,” he said.

Another fun challenge was designing the perfect T shirt. He said he wanted them to drape and fit a certain way. “Its a blank canvas. I played with fabric and fit. I raised the seams [with gussets under the armpits] and there’s a one-inch rib at the collar.” He said T-shirts come in a lightweight organic cotton for the basic pack and a heavy 8-ounce cotton for a single shirt. They have a boxy fit and there’s an orange box stitch on the back. He also designed a long-sleeved T-shirt with a gender-neutral fit. Pieces are finished with raised ribbing and stitching that almost looks 3D.

“When you come from streetwear and skateboarding, with my background, the T-shirt is something you start designing first and is what you’ve got to do best. It’s like social currency for us,” said Preston.

The collection includes fleece dresses and bodysuits, and a double-layered hoodie inspired by workwear. A baseball cap has the CK logo with a little bit of orange at the top of the K.

“I’m a designer who finds authenticity super-satisfying,” said Preston. “Respecting how people are living and how consumers want to wear clothes,” he said. He came up with the collection from his own experiences as a consumer and living in New York City. “I envision this as the uniform for New York City,” he said.