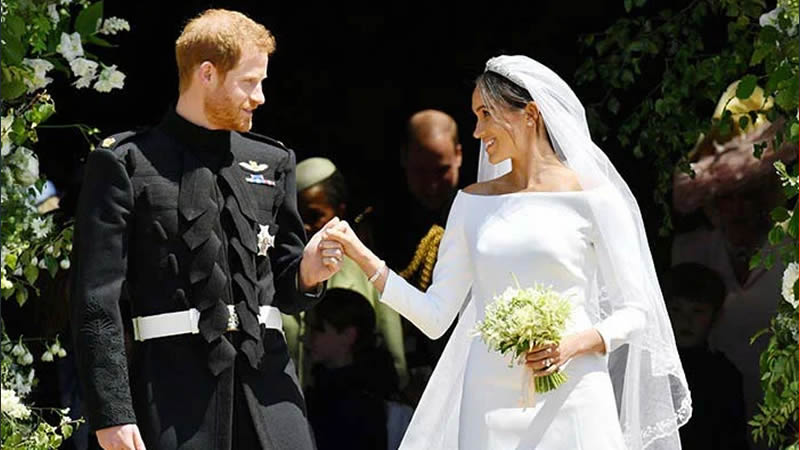 Prince Harry and Meghan Markle turned down the title of Earl of Dumbarton for their son, Archie, over fears that he would be bullied, a report says.

The Duke and Duchess of Sussex rejected the title for their firstborn because it contained the word “dumb” and they feared it could lead to bullying or attract unfortunate nicknames, U.K.’s The Telegraph reported, citing multiple unnamed sources.

“They didn’t like the idea of Archie being called the Earl of Dumbarton because it began with the word ‘dumb’ [and] they were worried about how that might look,” one person told the outlet.about:blank

Another insider said, “It wasn’t just Meghan who pointed out the potential pitfalls, it also bothered Harry.”

The Earl of Dumbarton title was first created in the Peerage of Scotland in March 1675 for Lord George Douglas, son of the Marquess of Douglas and younger brother of the Earl of Selkirk, for services fighting in the Franco-Dutch War. The title became extinct in January 1749 following the death of the Lord of Dumbarton’s only son.

Queen Elizabeth II recreated the title as one of the subsidiary titles for her grandson, Prince Harry, when he married Markle in 2018. He was also made Baron Kilkeel upon his marriage.

Prince Harry’s son is the heir to the earldom, but when he was born in May 2019, he and Markle insisted that he would simply be known as Archie Harrison Mountbatten-Windsor. A spokesperson for the Sussexes declined to comment on the report, The Telegraph said.

Meanwhile, anonymous sources also told the outlet that Prince Harry and Markle “never raised an issue” about Archie not being a prince until their sit-down interview with Oprah Winfrey in March.

“The couple didn’t want any titles for their children,” one insider told The Telegraph.

Prince Harry was “adamant” that his now-2-year-old son be raised without titles like his cousins Peter and Zara Phillips, the source added. He also reportedly feared that Prince Charles would change the George V convention specifying that the grandchildren of the monarch automatically become a prince or princess.

During Prince Harry and Markle’s interview with Winfrey, the duchess suggested that the palace had no plans to give their son an HRH title even before he was born. The duchess said she would have accepted a title for Archie if it “meant he was going to be safe.”

“They didn’t want him to be a prince or princess, not knowing what the gender would be, which would be different from protocol and that he wasn’t going to receive security,” Reuters quoted Markle as saying.

She continued, “In those months when I was pregnant, all around this same time, so we have in tandem the conversation of, you won’t be given security, not gonna be given a title and also concerns and conversations about how dark his skin might be when he’s born.”

Harry blasted for relying on Charles for money: ‘He’s worth nearly £10million!’