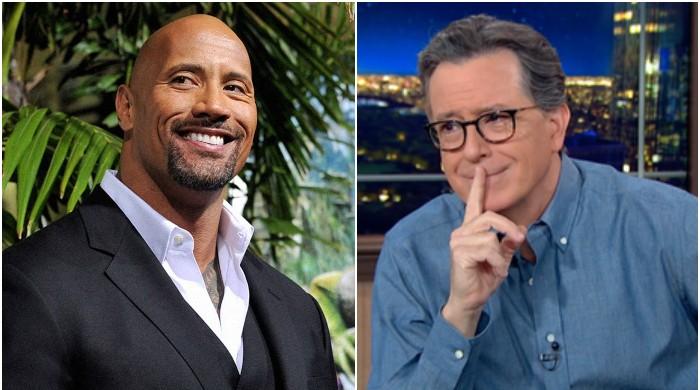 During the latest episode of CBS’ Late Show, the TV host said the United States does not need another celebrity in the Oval Office which is why he should reconsider his plans of running for president.

“Look, folks. I love Dwayne ‘Rock’ the Johnson as much as the next middle-aged man who loves Fast Cars Go Zoom. But for the love of Ludacris, Dwayne! We don’t need another celebrity in the White House!” said Colbert.

“Just ’cause people love something doesn’t mean we should hand it the nuclear codes. That’s why we’ve never elected President Surprise Onion Ring in Your French Fries. Besides, we’ve already have a couple of Presidents Johnson. We’d have to call his administration 2 POTUS 2 Prez: Executive Drift,” he added.

“Bottom line, Dwayne, you won’t even like the gig. You’re an action star. Being a president is boring. It’s all legislation and diplomacy and paperwork. And as we all know, paper beats Rock,” he added.

Last week, Johnson, 48, turned to Twitter and shared startling poll results about the public wanting to see him as president, which further escalated talk around his potential bid.

“But if it ever happens it’d be my honor to serve the people,” he added.