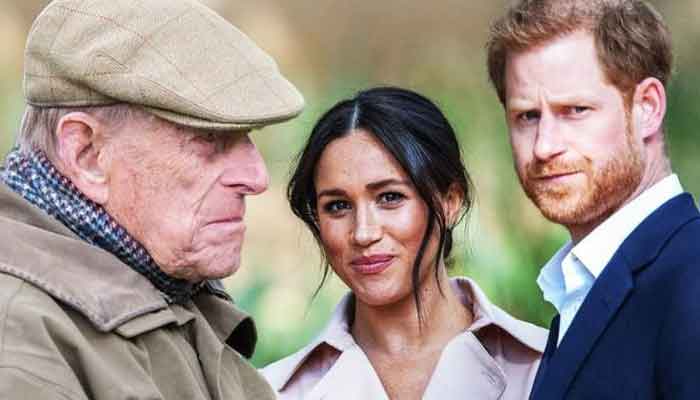 Prince Harry and Meghan Markle have reportedly felt sorrow over Oprah interview in wake of Prince Philip’s death as  the couple ‘never wanted to hurt anyone’.

The Duke and Duchess of Sussex have “regrets” over the timing of their last month’s interview, but insist they had no control over when it was aired,  source close to the pair told Heat magazine.

The couple’s earthshaking interview aired while the Queen’s husband Prince Philip was in hospital, and he passed away on Friday weeks after their explosive chat with the US TV host.

The Sussexes’ love and respect for the Duke of Edinburgh and the Queen was never in doubt as Harry had often spoke about his closeness to his grandfather.

According to the publication, they apparently have regrets about how things are now but felt they ‘needed to have their say’.

In it, the parents of Archie made claims and revelations about the royal family which shocked the world.

The Duke of Sussex, who has arrived in UK sans Meghan to attend Prince Philip’s funeral service, is in shock as he could not meet the Duke of Edinburgh after his decision to quit the Royal Family and his life in the UK.

Harry and Meghan  reportedly ‘wish things could have been different’ and hope their relationship with Prince Charles, Prince William and Kate will be better ‘one day’.

Sarah Ferguson REVEALS she pitched ideas to makers of Netflix’s The Crown; Praises the show for THIS reason

Prince William: ‘Fatherhood has Given me a new Sense of Purpose’