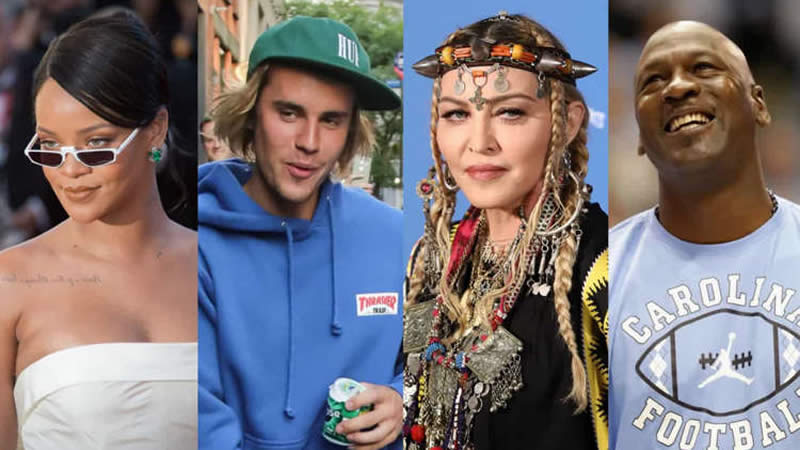 The pressure of being constantly under the spotlight can make celebs throw some serious diva tantrums.

Justin Bieber has been rude to fans in more than one occasion, but probably the worst one dates back to 2013. He reportedly spat on fans who were beneath his hotel room. Though Bieber’s representative claimed that he didn’t spit on anyone, and that there were no fans below the balcony.

RiRi cyberbullied a 16-year-old fan who made a bat-winged pantsuit inspired by the singer. Rihanna posted side-by-side pics of the teenager and the Wu Tang symbol on social media, mocking her fan’s prom outfit.

According to his former publicist, Bale would become angry when fans approached him. He would reportedly give little girls lectures about being rude and intrusive until they started crying.

Diaz told GQ that she can’t sign autographs or take pictures because when she does it for one person, lots of other people line up for their turn.

A fan reported an encounter where two boys recognized the movie star while he was dining out with his then-wife Demi Moore. The boys started pointing at him and smiling. Bruce Willis stood up and yelled at the boys for disturbing his meal. The boys were reportedly around 10 years old.

In 2012, fans were waiting for hours to see the British actress while she was filming a movie in their area. When she passed by, she apparently completely ignored them.

While playing a song on a TV show, he told audience members who were trying to clap along that if they couldn’t clap in time, they should just shut up.

Actress Valerie Bertinelli reportedly approached the singer to tell her how much she liked her voice. But apparently Aguilera ignored the compliment and just said “yeah, whatever.”

The director has a reputation for being rude with a lot of people, celebrities and fans alike.

He criticized the Twihards (die-hard ‘Twilight’ fans) for sitting all day in front of the computer just commenting on anything related to ‘Twilight.’

Some fans won an MTV contest and were supposed to meet the singer. Reportedly, they waited around the whole day, only to spend 15 seconds with her in the end.

There have been several fan claims that Megan Fox has acted rudely towards them. Apparently, some select members of the ‘Transformers’ crew also weren’t her biggest fans.

Jared Leto flipped a fan off in a concert in Brazil, allegedly because the fan didn’t know all the lyrics to the songs.

Madonna told fans to “shut the f** up” after arriving late for a concert in Manchester, UK.

Rapper Chamillionaire is a big fan of the former basketball star. So much so, that he bought one of Jordan’s jerseys at a charity auction. But apparently MJ refused to sign it and even to take a picture with the rapper.