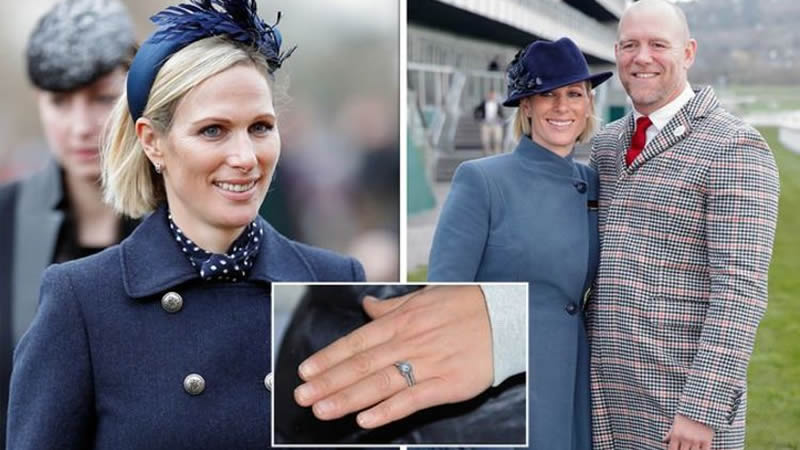 “Zara’s ring is a beautiful mix of old-world tradition with a twist of modern design. Going with the round diamond and adding a split shank setting was a great way to add a touch of modern style to a royal engagement ring.

The stunning ring features a single solitaire diamond on a split platinum band with several pave set diamonds. It was designed by long-term partner Mike, and it is thought that the low-sitting diamond was selected because of Zara’s keen sporting career, meaning that she wouldn’t need to remove her precious gem while competing in magical events.

Zara Phillips married Mike Tindall in July 2011 in a beautiful Scottish ceremony after rugby star Mike proposed in 2010 with the most magical engagement ring, which is both pretty and practical.