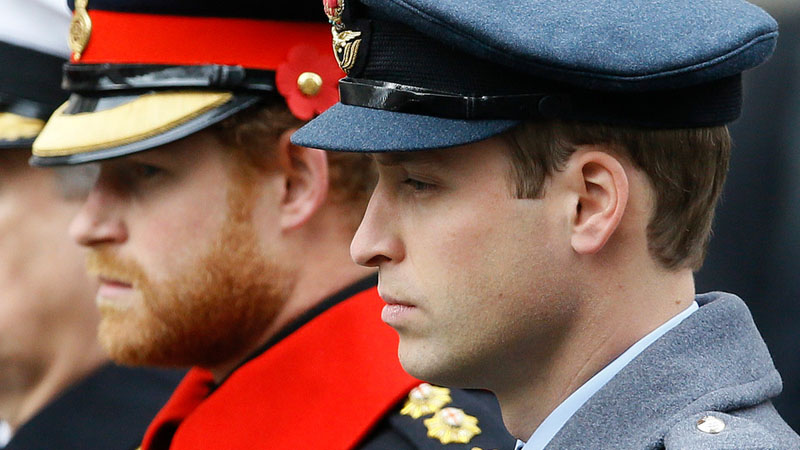 Abig shock. Prince William’s response to Prince Harry’s book news was “concern” about what his younger brother will reveal about him and the rest of the British royal family.

The Duke of Sussex confirmed in a statement on Monday, July 19, that he’s publishing a tell-all with Penguin Random House in late 2022. “I’m writing this not as the prince I was born but as the man, I have become,” he said. “I’ve worn many hats over the years, both literally and figuratively, and my hope is that in telling my story — the highs and lows, the mistakes, the lessons learned — I can help show that no matter where we come from, we have more in common than we think.”

A source told Us Weekly at the time that the royals, especially William and Prince Charles, are “shaken” by news of Harry’s upcoming memoir. “The royal family is shaken up about the book,” the insider said. The source added that William and Charles are “particularly concerned about what Harry will reveal” after Harry’s recent interviews about the royals, which were “bad enough.”Harry And Meghan’s First Year in the USAPrince Harry and Meghan Markle had quite the year.

They left England and the royal family and moved to America. Meghan Markle & Prince Harry Are Making Plans to Visit the UK for the First Time Since Their Royal Exit Nearly a year after announcing their royal exit, plans for Meghan Markle and Prince Harry’s return to the UK for the Queen’s birthday are reportedly well underway—but they still depend on whether it’s safe to travel by then.

On January 10, the Sunday Times revealed that the Duke and Duchess of Sussex received invites to attend Queen Elizabeth II’s 95th birthday in June, which is typically celebrated with the UK’s annual Trooping the Colour parade. If they end up attending, the event would not only mark the first national celebration since the UK entered lockdown—it may also turn out to be Meghan and Harry’s first trip back to the UK since moving to America following their royal exit in April 2020. Given the current state of health and travel restrictions, however, insiders say that the royal family is prepared to make changes to the event.

According to the publisher’s description of Harry’s book, the memoir is “the definitive account of the experiences, adventures, losses, and life lessons that have helped shape” him. The description continues, “Prince Harry will offer an honest and captivating personal portrait, one that shows readers that behind everything they think they know lies an inspiring, courageous, and uplifting human story.”

A source told Page Six, which was the first to report the Duke of Sussex’s memoir, that Charles was “surprised” when Harry announced his new book. “No one knew,” the insider said. “There was chaos when the Page Six story came out.”

However, Harry denies that he didn’t tell his family about the tell-all. A spokesperson for the Duke of Sussex and his wife, Meghan Markle, told People in a statement on Tuesday, July 20, that he told the royals about the book “very recently” but didn’t think he’d need “permission” from Buckingham Palace to publish the memoir. – stylecaster

Prince Harry tell-all not meant to be a ‘f–k you’ to royal family — honest!

Prince Harry didn’t need Queen permission to write a memoir, but he went ahead and did it anyway.