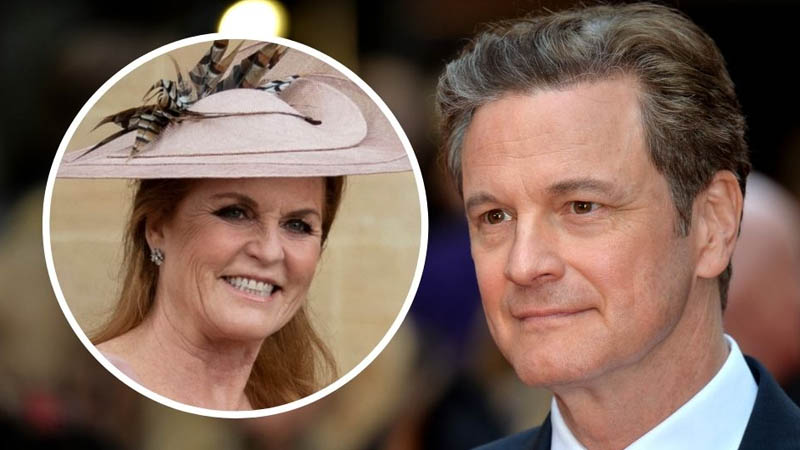 Sarah ‘Fergie’ Ferguson has declared she’s ready for a fresh, new chapter – and dashing British actor, Colin Firth, is helping her write it! In a recent interview with People magazine, Fergie, 61, confirmed she’s starting over, having reached a point where she needed to “authentically” be herself.

“It’s like I’ve gotten out of my own way,” the Duchess of York reflected. Now, sources tell New Idea that Fergie’s comments are the clearest indication yet that she’s finally put her attachment to ex-husband, Prince Andrew, behind her – especially now that Colin has caught her eye!

Indeed, rumor has it Fergie was recently introduced to the Pride and Prejudice star, 60, to discuss a potential film collaboration – and promptly became smitten! She just about died with excitement – she’s always had a naughty crush on him,” one source gleefully reveals.

Fergie hopes to work with The King’s Speech star on a royal-themed film or series about the life of Queen Victoria’s husband, Prince Albert. And she certainly has the credentials after her previous involvement in the film, The Young Victoria. “In Sarah’s mind, there’s only one person she’d want to work alongside on a royal period drama of epic proportions, and that’s Colin Firth.”

And it already appears that the wheels are in motion! The source confirms that Fergie’s pals are on board with her pursuit of Colin, and even helped by setting up an introduction with the Love Actually heart-throb. “She put the word out through mutual friends in London that she’s keen forth is, and to her utter delight, he has indicated he’s interested.

“There are rumors he visited the Royal Lodge [at Windsor, where Fergie lives with Andrew] and is also scouting locations throughout Europe,” the source adds. “Sarah must be beside herself, partnering up with a man like Colin – who she calls ‘The Wonderful Mr. Firth.’”

Colin is recently single after splitting from his former wife, Livia, in December 2019 after 22 years of marriage. His personal life has been quiet ever since. While the opportunity to get into business with Colin is said to have left Fergie giddy, the source adds that it’s an equally wise move for the Oscar-winning actor.

“Colin would be mad not to leap on this opportunity to make a Prince Albert movie with a royal who is an expert on the subject.” And as quite often happens on movie sets, close bonds and sometimes even romantic relationships can quickly blossom.

“Colin has a great sense of humor and Fergie’s a right laugh to be around, so this could be the start of a beautiful relationship,” continues the source. “Beatrice and Eugenie are aware of their mum’s play for Colin, and they’re all for it. “Fergie deserves every happiness. They know him through mutual friends and think he’s lovely.”