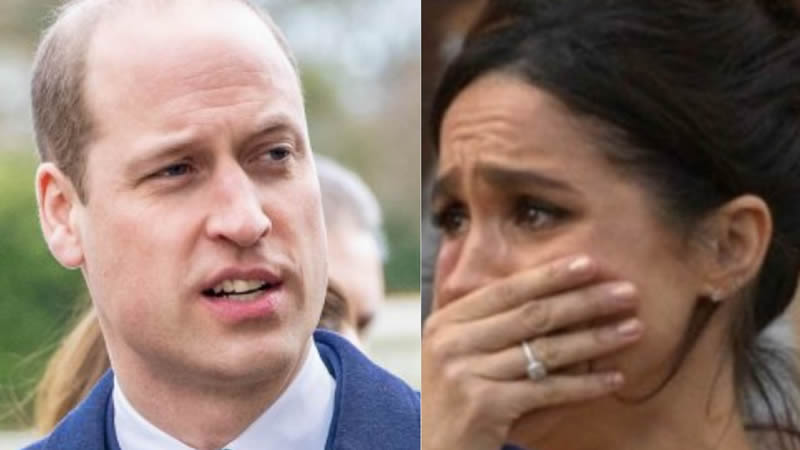 British historian Robert Lacey’s book titled Battle of Brothers: William, Harry and the Inside Story of a Family in Tumult has unveiled the shocking ‘alleged’ revelation that Prince William “threw [Prince] Harry out” and split households, as revealed by a source friendly with The Duke of Sussex, because of Meghan Markle’s bullying allegations made by the Cambridges and the Sussexes’ former communications secretary Jason Knauf,  back in 2018.

Via The Sun, Robert claims that William “went ballistic” when he was made aware of the “dossier of distress” which was gathered by Jason against Meghan. The Duke of Cambridge “was astonished and horrified” and “was instantly furious” over what he heard.

“William believed Meghan was following a plan — ‘agenda’ was the word he used to his friend,” Lacey further speculated before adding, “Meghan was undermining some precious principles of the monarchy if she really was treating her staff in this way, and William was upset that she seemed to be stealing his beloved brother away.”

When William heard about the allegations against Markle, he immediately called Harry, who “flared up in furious defence of his wife.” As his “elder brother persisted,” Harry angrily hung up on him which led to William going and speaking to his younger brother “personally.”

According to the royal expert, “The prince was horrified by what he had just been told about Meghan’s alleged behavior, and he wanted to hear what Harry had to say. The showdown between the brothers was fierce and bitter.”

Since William “wished to be separated from Meghan on a day-to-day basis,” this “meant being separated from his brother as well.” A further claim suggested that Kate Middleton, Duchess of Cambridge, “had been wary of her [Meghan] from the start.” William reportedly felt his earlier reservations about his sister-in-law, from before she and Harry got married, “linked unhappily” with the bullying allegations.

While it was assumed that Harry was the one who set the pace in separating the two households, Robert penned in his book, “But the reverse was the case. It was William who made the decisive move.” Kensington Palace refused to provide any comments on the book’s controversial claims to The Sun.

For the unversed, Jason had submitted an official mail-in October 2018 accusing Meghan of bullying the palace staff, which was staunchly denied by Markle and Harry’s spokesperson. The Duchess of Sussex instead claimed that she’s been a victim of bullying herself.

We Can’t Believe What Meghan Markle’s Father Is Saying About Her & Prince Harry Now–We’re Devastated For Her!

Prince Charles Wanted To Cut Himself From Succession But There Are Hurdles!