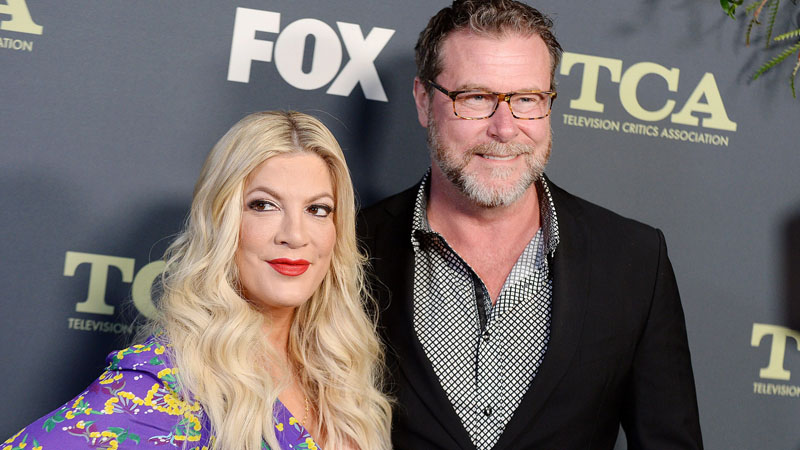 Once again, the rumors of relationship problems were flashed again when McDermott was supposedly absent from the family Christmas card and was further continued by a new finding of Spelling without her wedding band.

A source claimed, “Tori’s been exhausting herself handling all the domestic chores and single-handedly taking care of the kids while Dean has his mind on other things, like getting more acting work,” adding, “Tori’s friends are saying that sometimes Dean doesn’t even seem to be aware that she’s in the room, and it’s frustrating her to no end.”

The magazine was up to some relationship advice, saying, “It’s not hard to grab lunch or have a cozy night in after the kids are asleep.” The insider also gives some insight into Spelling’s state of mind when she decided to go ring-less, asserting, “Tori ditching her ring is sending Dean a clear message — he needs to stop taking her for granted, or divorce could be around the corner!”

Spelling is considering serving McDermott with divorce papers. Is it true or not? While the source has much more information than us. Married people take their rings off all the time for all kinds of innocent reasons. One ring-less photo doesn’t automatically spell divorce.

The gossipcop.com wrote, “what we can say is McDermott doesn’t appear to be the absent father the report paints him as. Both Spelling and McDermott were spotted with all five kids in tow getting ice cream and catching a movie in Calabasas last weekend. While Spelling and McDermott may not have the most PDA-packed marriage, there’s no reason to jump to any conclusions just yet”.

OK! isn’t bragging about the divorce when celebrities are seen before the wedding rings. In 2020, the outlet reported that Matt Damon and his wife Luciana Barroso were on the brink of divorce after Damon didn’t wear the ring at a public appearance. Then, the publication alleged Reese Witherspoon was also headed for divorce when she wasn’t wearing her ring. Since both of these couples are doing just fine, it’s obvious we can’t take OK! at their word.

Everly Dewan, Jenna’s daughter, has a “special request” for her mother’s wedding to Steve Kazee