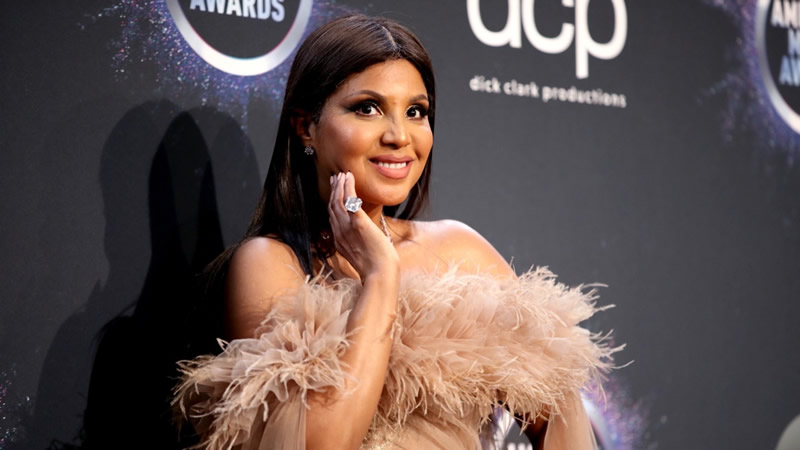 Braxton is “letting it flow” on social media. The Grammy Award-winning singer shared her new look in an Instagram video, and her fans quickly chimed in on how great she looks. Showing off her body in her latest post, Braxton captioned the video “Red Hot Sunday.”

The video already has almost 700,000 views, with a chunk of the singer’s 3.6 million followers flooding the comments. Fellow Grammy Award winner and star of The Real Housewives of Atlanta Kandi Buruss dropped some fire emojis underneath the singer’s video. One fan wrote: “TONI SAID HOT GIRL SUMMER STARTS TODAY, I KNOW THAT’S RIGHT.” Noted another: “Showing them girls she still got it!…Toni B BABY.”

The post also gained recognition over on Twitter. One user tweeted: “Toni Braxton really been fine asf her whole life.” Another wrote: “If there’s one thing Toni Braxton will do —is not wear clothes lol.”

In March 2020, Braxton sat down with theGrio and opened up about her battle with lupus, as well as her music. “When I was first diagnosed I felt that I had no one to help me,” she told theGrio‘s Cortney Wills. “I always try to be vocal and educate people. I remember being afraid, and I don’t want anyone to feel that feeling that I had.”

“The doctors told me I could never perform again,” she continued. “I have systemic lupus. My lupus loves my heart. It loves my microvascular system. It loves my blood, so I get blood clots. The chronic pain and fatigue associated with it were overwhelming for me initially.”

Braxton dropped her 10th studio album, Spell My Name, last August. Opening up about her process and anticipation for the LP, she told theGrio, “I’m super excited to have a new album coming out. The new single comes out next month. I’m back into the thing that I absolutely love, so I’m looking forward to it.”

Check out the video for her latest single, “Gotta Move On (feat. H.E.R.),” below: