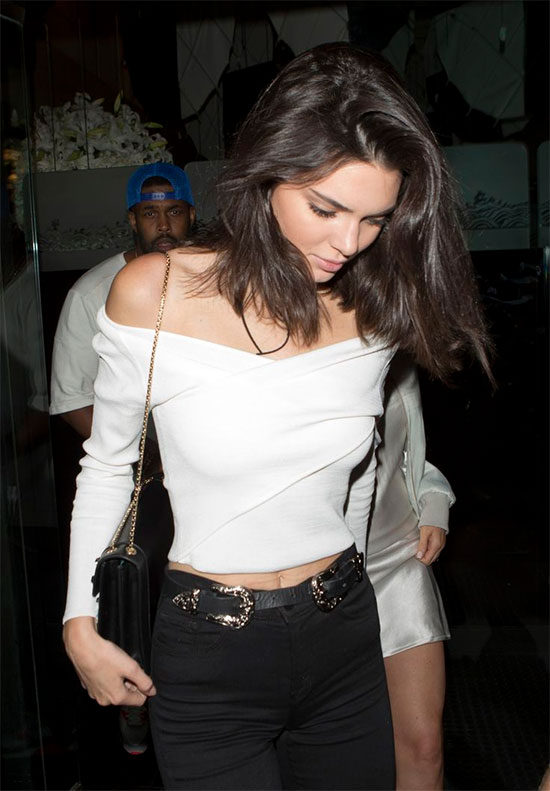 Kendall Jenner enjoys a late dinner at Busaba restaurant. She wore a stunning gold dress for the out Bosses at the soft drinks company launched the ad, which featured Kendall caught up in a peace protest, on Tuesday (04Apr17). In the commercial, Kendall, who is modelling as the activists pass by, rips off her blonde wig, scrubs the lipstick from her lips, abandons her glamorous photoshoot, and joins the march. She then grabs a can of Pepsi from an ice bucket and hands it to one of the police officers on duty. Pepsi pulled the ad a day later (05Apr17) following a public outcry it was trivialising civil rights and protest movements to sell a soft drink. Pepsi bosses also released a statement apologising to Kendall for making her part of a campaign that “missed the mark”.

Read More: Kendall Jenner Was Reluctant to Testify Against Stalker

Now, the 21-year-old Victoria’s Secret model is reportedly in hiding after being traumatised by the backlash the ad received online, according to Hollywood Life. “She had such high hopes for it,” a source told the website, “and now she’s terrified she will never work again or become a laughing stock.” One of the actors in the commercial told People most of the extras in the ad weren’t even from the U.S., and had no idea about the significance of its message. “I don’t live in the U.S.A. Maybe if I lived there and knew the (issues) before then, maybe I would feel bad,” one actor from Bangkok, who asked to remain anonymous, said. “But I didn’t know anything.” A production co-ordinator for the commercial also confirmed that the advert was actually shot in Thailand.