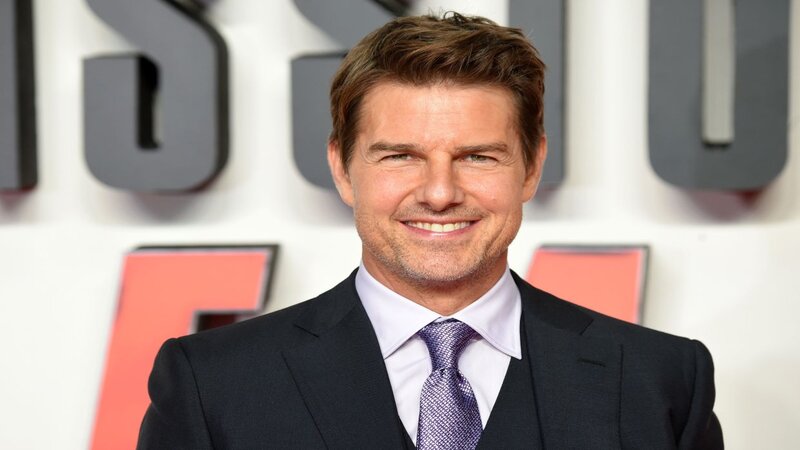 (FILES) In this file photo taken on July 13, 2018 US actor Tom Cruise arrives for the UK premiere of the film Mission: Impossible - Fallout in London. - The new James Bond movie delayed. Studios scrapping film festivals. Blockbuster productions shut down. Hollywood is being rocked by the unprecedented challenge of the new coronavirus, insiders told AFP this week. "I have never seen anything where this many films are going to be affected all at once," said Jeff Bock, senior analyst at Exhibitor Relations. "There's isolated incidents or tragedies that happen, that might affect a certain film. But this really does infect all the industry from top to bottom." Industry estimates put the financial loss from Asian theaters already shuttered this year around $2 billion. Major Hollywood titles including "Mulan" -- Disney's China-set live-action blockbuster -- have been placed on hold in the disease's epicenter. But the last-minute global delay of 007 adventure "No Time To Die," including its US and European releases, highlights the borderless impact of the virus. For now, US theater attendances are holding steady despite fears of spreading infection, and "Mulan" remains penned in for launch this month in North America. But new coronavirus outbreaks in California and New York, and multiple deaths in Washington state, could impact receipts. "We'll see a little bit of downturn this week -- by the time 'Mulan' comes out, if this breaks as big as it did in China, it's going to change the entire landscape," said Bock. Meanwhile, massive buyers including Amazon and Apple have pulled out of the SXSW festival in Texas -- an important marketplace for movies. The impact will not be restricted to major studios. Stephen Nemeth, who produced "Fear and Loathing in Las Vegas" (1998) starring Jonny Depp, has another Hunter S. Thompson-themed film set to make its world premiere at the Austin festival. "We are forging ahead," he told AFP. "We have a 1,100 seat theater... that's a lot of sea

Dashing actor Tom Cruise has given back his three Golden Globe trophies as he becomes the latest A-list star to protest against HFPA’s lack of diversity comment.

The ‘Mission Impossible’ star Tom returned his awards to the HFPA amid reports that NBC will not air the 2022 ceremony of the annual awards show.

The Golden Globes came under scrutiny this year in regards to the lack of inclusion and representation across their HFPA (Hollywood Foreign Press Association) members.

The 58-year-old superstar previously won two for best actor (Jerry Maguire and Born on the Fourth of July) and one for best supporting actor for Magnolia.

Tom Cruise joined Mark Ruffalo and Scarlett Johansson as they called for the industry to ‘step back’ from the Globes until substantial reforms were in place. Amazon, Netflix, and WarnerMedia have all announced boycotts of the HFPA.