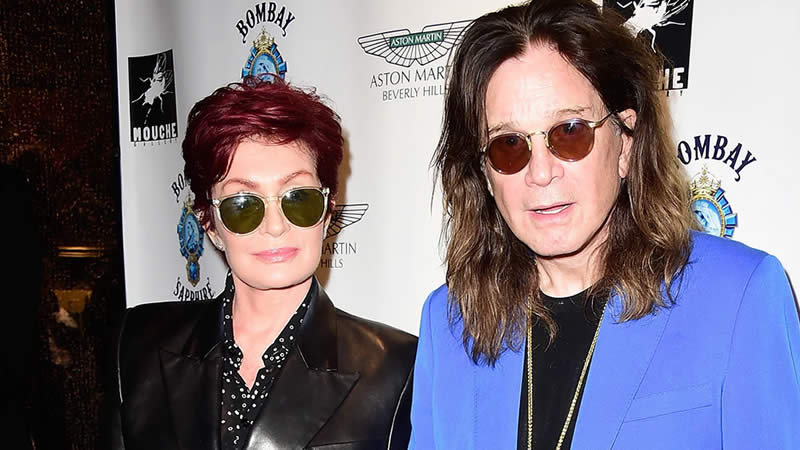 During production for Sharon and Ozzy Osbourne’s upcoming biopic, the 68-year-old television personality discussed the good, bad, and ugly aspects of her and the metal rocker’s marriage over the years. She promised that the biopic will be raw, truthful, and unsoftened. She does, however, stress that the couple’s narrative is a love story.

Both Sharon and Ozzy Osbourne have stuck it out through the highly “volatile” stages of their relationship.

Sharon also addressed any possible disturbance that may arise as a result of the couple’s biopic.
“People are going to watch it [and] go, ‘This isn’t allowed. They shouldn’t behave that way and put it on film,’” she said. “But [we’re] only talking the truth,” Osbourne insisted. “Some people have volatile relationships and ours was very volatile.”

Her claim that many people may object to the film’s portrayal of the couple’s passionate relationship, however, does not dissuade her from pursuing her goal of publicizing it. Sharon has also been transparent about many other aspects of her and her husband’s life. Many of them could appear in the biopic.

Sharon and Ozzy Osbourne had a brief split in 2016, as per Daily Mail, following allegations that the iconic rockstar had strayed on his wife. He already acknowledged breaking Sharon’s heart several times. Now, though, the two appear to be getting along smoothly.

Sharon Osbourne and her famous husband have a high public image as a result of their openness regarding their personal lives, health issues, and previous challenges. Furthermore, the former TV star has stated that she does not want to return to television.

Osbourne discussed her “dramatic exit” from “The Talk” after 11 seasons in an interview with the Daily Mail. She shared her side of the tale with former co-host Sheryl Underwood, including an on-screen disagreement that took place.

Osbourne reportedly told the cohost to “go f–k yourself” in response to her actions.

This led to her removal from the show. “I felt totally betrayed,” the star said, by both her cohosts and “The Talk” executives. “I felt used, I felt like an old shoe,” Osbourne said.

Death threats were apparently made against her and her family as a result of the incident. She had no choice except to employ security. Sharon also stated during her interview that she would not be driven out by the humiliation of her forced absence. She insisted, “You got to evolve.”

As per Outsider, she outright refused television as she said, “I’m not going to go on another TV show that’s talk because I know right now it’s not a safe place to be…I don’t want to put myself up for that grief.”

Sharon, according to the news outlet, has set her sights on new undertakings. She has plans for a podcast, a book, and several new television shows in addition to the planned biopic.