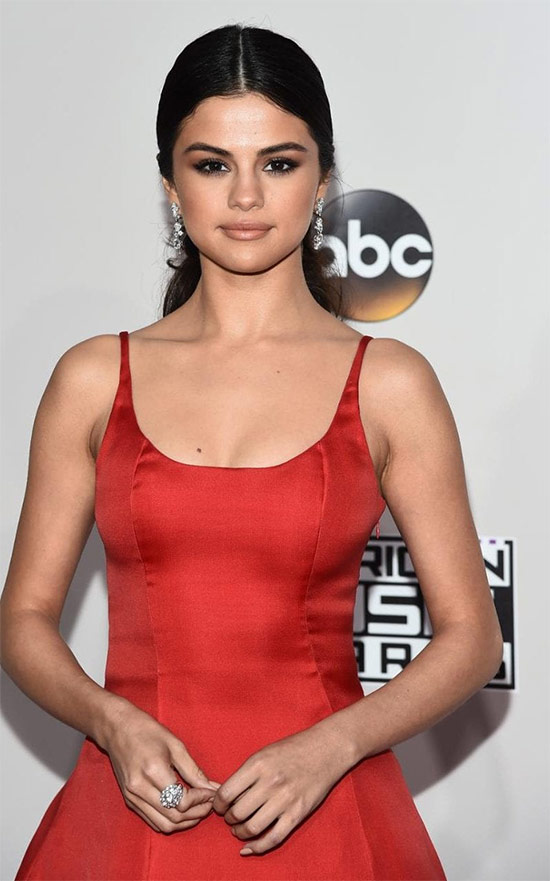 It was a family affair this weekend for lovebirds Selena Gomez and The Weeknd. Days after receiving a stamp of approval from her mom with a comment on Instagram, the “It Ain’t Me” singer brought her relatives to The Weeknd’s concert in Dallas. Selena attended the Starboy: Legend of the Fall show with her cousin, Priscilla DeLeon, and her nephew, Aiden. Priscilla shared a photo of them together the day of the show with the caption “Still got it.” Fans caught video of the three together enjoying The Weeknd’s performance to his hit single “Starboy,” at the American Airlines Center, which is near where SelGo grew up in Grand Prairie, TX. Priscilla also shared a photo walking backstage with a VIP laminate around her neck.

Selena Gomez and The Weeknd made their red carpet debut as a couple last week at the 2017 Met Gala in New York City. The two packed on the PDA for the cameras, cuddling and kissing on the MET stairs before entering the event. They posted photos of their fashion night out and Selena’s mom, Mandy Teefey, left the sweetest comment on The Weeknd’s snapshot. “Glowing, smiling, looking health and equal love,” she wrote. “”Mama is happy XO.” This isn’t the first show that Selena has made an appearance at in support of her beau. She was spotted in Los Angeles, Brazil, Amsterdam and Colombia. The 24-year-old singer danced and sang along with a group of girlfriends at sold-out show at The Forum in Los Angeles last week.

Woman Searching for Birth Parents Discovers She Was Stolen as a Baby: ‘My Parents Bought a Child’