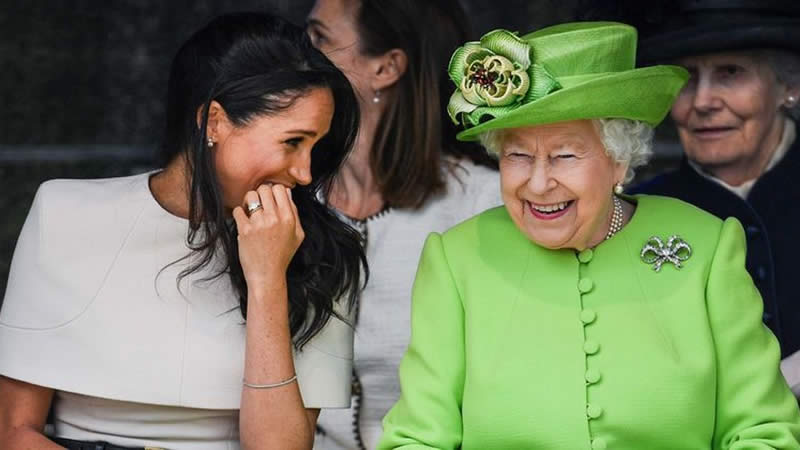 The Duchess of Sussex was told by the Queen that she was not obliged to be a full-time member of the Royal Family when she married Prince Harry and was free to keep acting, a royal biographer has claimed.

The Duchess revealed to Oprah Winfrey in a blockbuster interview last month that she was forced to give up her passport and driving licence when she joined the family in 2018, and that at times she felt suicidal and alone.

But Andrew Morton, who wrote a leading biography of Princess Diana, told the Royally Obsessed podcast that the Duchess was not prevented from pursuing her career or a private life and said Her Majesty gave the Sussexes different routes to take within the family.

“The Queen gave them [the Duke and Duchess] the opportunity to go wherever they pleased,” Mr Morton said. “They were given a degree of latitude.

“They were told: ‘Here are your first class tickets, pick which country you want to go to, we’re going to make you youth ambassadors for the Commonwealth.’

“They did say to Meghan: ‘If you don’t want to embrace royal duties full time please be our guest and continue your acting career.’ Those opportunities were open to her.”

The Duchess told Winfrey that she felt trapped at Kensington Palace, claiming she “left the house twice in four months” in 2019, a claim disputed by Mr Morton, who said the Duchess was often spotted shopping and eating at restaurants in west London.

He said: “When I was watching the interview, I was ticking off ‘yes, sense of isolation’, ‘yes, sense of desperation’, exactly what Diana was saying to me.

“But then again, friends of mine said they’ve seen Meghan walking from Whole Foods supermarket on Kensington High Street with bags of foods back to Kensington Palace.

“It didn’t seem too much like a prison. Other friends have seen her out and about with friends at restaurants, so she seems, to me, to have led a normal life.”

Mr Morton also claimed that the Sussexes had been hasty in stepping back from royal life in 2020 and did not fully consider the consequences of leaving.

“I think neither of them gave it the thought they should have done,” he said.

“I think that famous warning from Prince William of ‘steady on, think about what you’re doing, that Harry bridled at, was probably meant more with affection.”

Allison Janney, 61, says she is fine without marriage and children