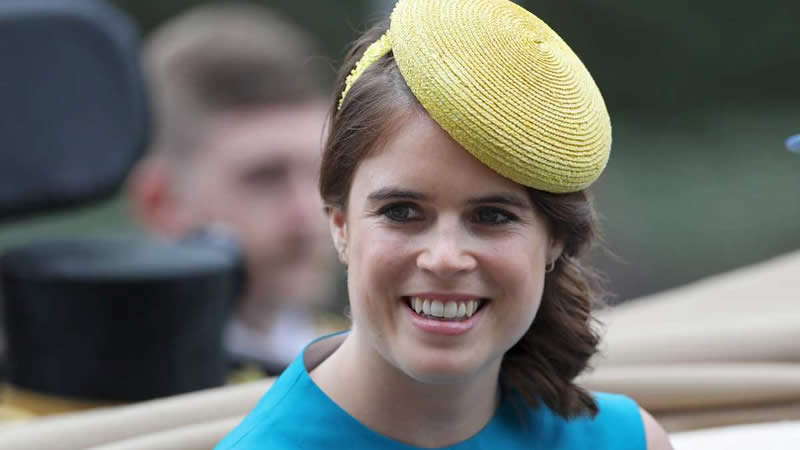 Yesterday morning Princess Eugenie, the Queen’s granddaughter and tenth in line to the throne, gave birth to a baby boy.

The royal’s first child, a son, was born at The Portland Hospital in London, weighing 8lbs 1oz. Eugenie’s husband, Jack Brooksbank, whom she married on 12th October 2018, was present for the birth.

But while the new baby (whose name we’re still waiting to find out!) will be able to call the Queen his great grandmother, becomes eleventh in line to the throne, and will technically be royalty, he won’t actually have a royal title.

Why? It’s all down to an age-old rule that dictates that titles are passed down through the father’s side of the family. Because Jack Brooksbank isn’t royal, his and Eugenie’s children won’t be either.

As Raising Royalty author and royal historian Carolyn Harris previously told Town & Country: “Princess Eugenie’s children will not have titles unless the Queen decides to bestow an earldom on Jack Brooksbank.” That didn’t happen, so their children won’t be titled.

In the same way, Princess Anne’s children, Zara Phillips and Peter Phillips, don’t have royal titles, and neither do their children. That said, it’s become increasingly common for senior royals whose children would be allowed a title to decide not to give them to their kids – just like Prince Harry and Meghan Markle did with their firstborn son, Archie Harrison Mountbatten-Windsor.

The new baby makes Princess Beatrice, who married her husband Edoardo Mapelli-Mozzi during the first 2020 lockdown, an auntie for the first time.

“The Queen, The Duke of Edinburgh, The Duke of York, Sarah, Duchess of York, and Mr and Mrs George Brooksbank have been informed and are delighted with the news.

“This is Princess Eugenie and Jack Brooksbank’s first child, The Duke of York and Sarah, Duchess of York’s first grandchild, and the ninth great-grandchild for The Queen and The Duke of Edinburgh. Her Royal Highness and her child are both doing well.”