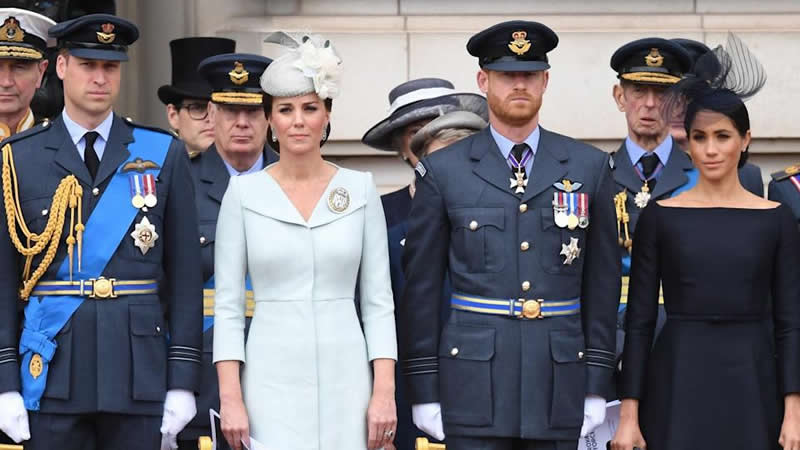 You know when a feud runs deep because it starts to trickle down from the people involved in the rift to friends who have to pick sides in the fight. That is reportedly what is happening with a longtime pal of both Prince William and Prince Harry. ITV’s Tom Bradby has had a 20-year relationship with the brothers, but now he’s been forced to decide whether he’s Team William or Team Harry, according to the Daily Mail.

The seed was likely planted back in 2019, when the journalist opened a can of worms by asking Meghan Markle how she was doing in light of the constant press scrutiny while covering the royals’ trip to South Africa. She had a response that was heard around the world and the pain was written all over her face. “Not many people have asked if I’m okay,” she honestly told Bradby. “It’s a very real thing to go through behind the scenes… it has really been a struggle.”

Since then, William has felt that the tone of Bradby’s coverage has changed to favor his brother and sister-in-law in light of their senior royal exit. The Duke of Cambridge was hurt given the fact that the reporter had the exclusive engagement November 2010 interview with him and Kate Middleton, and he was a guest at their wedding.

But Bradby also has a deep friendship with Harry and have bonded over being openly public about their struggles with mental health and depression. Since the brothers had strong ties to him, it’s unfair to make him choose a side — but that appears to be what happened. “Some staff at the Palaces are even angrier about Bradby and the tone of his reporting at ITV News, which they consider to be pro-Harry and Meghan,” reported an insider to the Daily Mail.

It probably didn’t help that it was ITV that secured the Oprah Winfrey interview with Meghan and Harry for U.K. viewers to watch, as some insiders also think Bradby had a hand in making sure the TV special landed at his network. That possibility hit William deeply because he believes that the “special relationship he once had with Bradby is no more” and “no longer sees him as a friend.” Ouch, it’s a cutting response, but this isn’t any ordinary feud and it makes us wonder how long the royals will let this rift fester.

Meghan Markle and Prince Philip had a ‘special bond’: ‘She adored him’