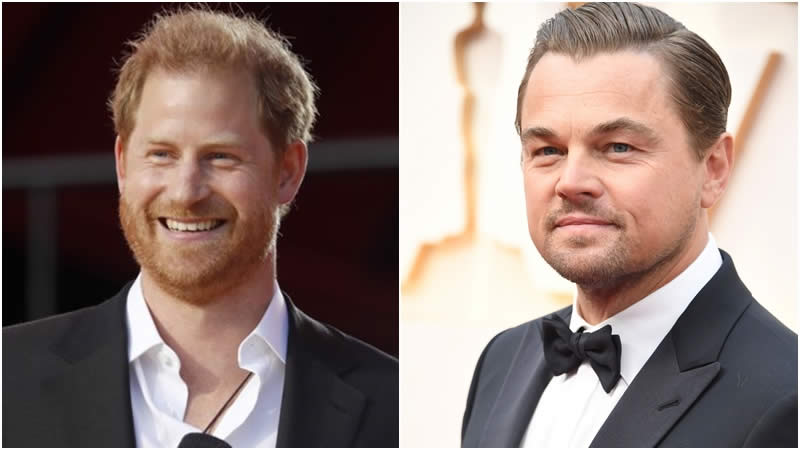 Leonardo DiCaprio, Forest Whitaker, and Djimon Hounsou have joined the Duke of Sussex, 37, and leading conservationists in calling for an immediate suspension on oil and gas drilling in the Okavango River Basin, according to a press release from Re:wild.

The Okavango River Basin has a network of river systems traversing Angola, Botswana, and Namibia which supplies water to nearly 1 million people as well as the region’s wildlife population. It also encompasses the Okavango Delta, a UNESCO World Heritage site known for its biodiversity, and two vital Ramsar wetland sites.

Canadian oil and gas company Reconnaissance Energy Africa (ReconAfrica) began drilling the Okavango River Basin in late 2020 after they obtained a license for exploratory drilling across a 13,200-square-mile area despite concern from local communities.

In an op-ed published by Prince Harry and Namibian environmental activist, conservationist, and poet Reinhold Mangundu in the Washington Post on October 14, the pair warned of the “permanent destruction” due to the drilling.

“We believe this would pillage the ecosystem for potential profit,” they said. “Some things in life are best left undisturbed to carry out their purpose as a natural benefit. This is one of them.”

Prince Harry and Mangundu cite a recent pipeline leak off the coast of California, which left more than 140,000 gallons of oil in the Pacific Ocean, and a July fire in the Gulf of Mexico caused by oil extraction.

“There is no way to repair the damage from these kinds of mistakes,” they said. “Drilling is an outdated gamble that reaps disastrous consequences for many, and incredible riches for a powerful few. It represents a continued investment in fossil fuels instead of renewable energies.”

The pair added, “The risk of drilling will always outweigh the perceived reward. In a region already facing the abuse of exploitation, poaching, and fires, the risk is even higher. Knowing the above, why would you be drilling for oil in such a place?”

Prince Harry, who visited Africa on many occasions beginning as a young boy, has called the continent his “second home.” Harry is president of African Parks and patron of the Rhino Conservation Botswana. He also co-founded Sentebale in 2006 with Prince Seeiso of Lesotho, a charity to support young people affected by HIV and AIDS in Lesotho, Botswana, and Malawi.

He visited Botswana early in his relationship with Meghan Markle in the summer of 2016.

“I managed to persuade her to come and join me in Botswana. We camped out with each other under the stars. She came and joined me for five days out there, which was absolutely fantastic,” Harry said after their engagement. “So then we were really by ourselves, which was crucial to me to make sure that we had a chance to know each other.”

DiCaprio, 46, shared an Instagram video asking fans to add their name to the open letter calling for an end to the drilling in the area.

“Re:wild stands with the people of the Okavango River Basin, who depend on the health of the watershed for their survival,” the caption said. “ReconAfrica is poised to pollute their farms and destroy a beautiful landscape—one that benefits all life on Earth—forever. Join us by signing the open letter at the link in bio. Together, we can #SaveTheOkavango. For all wildkind.”

US TV Popular Host Called the Queen branded ‘mean b****’