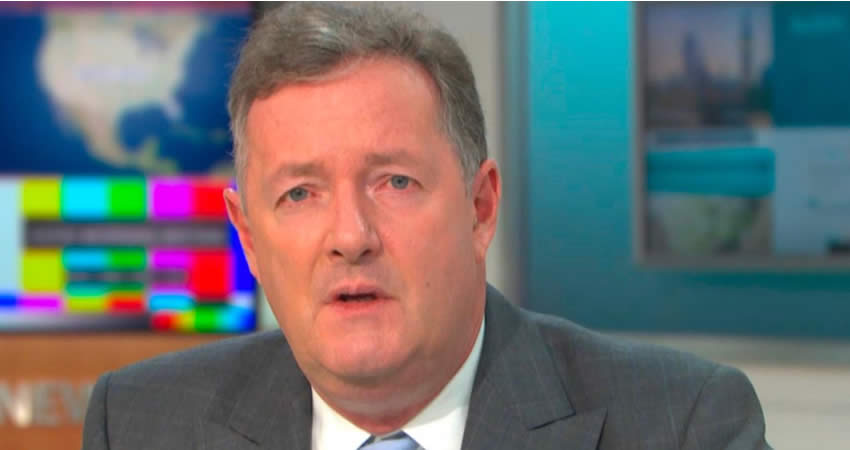 It’s been two months since Piers Morgan’s sudden and dramatic exit from Good Morning Britain – but he can’t resist weighing in.

Piers left the ITV morning show after remarks about Prince Harry and Meghan Markle sparked a vitriolic backlash, with rumours of his permanent replacement swirling since.

And as ITV continue the search for Susanna Reid’s next full-time co-anchor, the network has drafted in Alastair Campbell “to provoke strong reaction and lively debate.”

The GMB team has since sent a message Alastair’s way, welcoming him to the team and urging him to “not hold back” during the show’s “fiery debates.”
Given the nature of his departure – amid a social media frenzy – Piers couldn’t resist having a crack.

Writing in his MailOnline column, Piers referred to the words of his “ex-TV wife” Susanna, who described Alastair as “someone to provoke strong reaction and lively debate, tackle the big issues and speak in a language that real people understand” in a new ad.

“Then GMB ‘ s Twitter account urged Campbell, ‘Welcome to the team! We can’t wait for some fiery debates, don’t hold back!’ Hmm, again. Given the manner of my departure, this seems extremely unwise advice…”
Despite his jokes, Piers wishes Alastair well, commending him as a “a properly trained and very experienced journalist.”

A fixed replacement for Piers, in the meantime, is yet to be found.

Piers’ exit came after the controversial shows of March 8 and 9, during which he railed against Harry and Meghan after they sat down with Oprah Winfrey.

He repeatedly claimed he “didn’t believe a word” Meghan said, including about how she had suffered from suicidal thoughts.

His final show saw him storm off set before composing himself and returning after a heated argument with colleague Alex Beresford over his coverage of the interview.

Piers remained defiant after his exit, vowing to reporters the following morning that attempts to “cancel” him would not succeed.