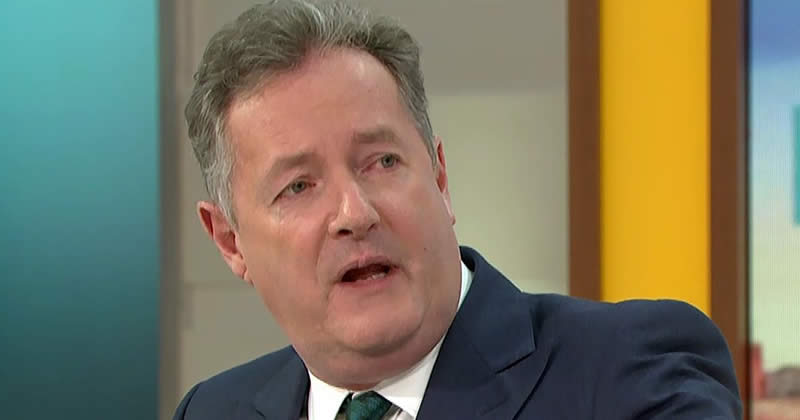 Piers Morgan has announced his return to ITV after he dramatically left his role at Good Morning Britain last week.

The TV star shared a promotional photo from his interview with Coleen Nolan for Piers Morgan’s Life Stories, which will air on Thursday night, alongside the tweet: “Reports of my ITV demise have been greatly exaggerated… I’m back already.”
Piers, 55, had previously had to clarify that he had not been fired by ITV, but chose to step down from his presenting gig. He had received thousands of complaints following remarks he had made about Meghan Markle.

In response to his former CNN colleague Ana Navarro-Cárdenas, who had tweeted that Piers had been “fired again from yet another job”, the father-of-four clarified: “Hi Ana, I wasn’t fired by ITV (I’m still working for them) just as I wasn’t fired by CNN (I was offered a new 2-year deal – ask Jeff).”

During his last appearance on Good Morning Britain on Tuesday 9 March, Piers said he “didn’t believe a word Meghan said” and wouldn’t even believe her if she was reading the weather report.

His comments were made in response to Prince Harry and Meghan’s interview with Oprah, where the Duchess admitted to feeling suicidal while pregnant with her son Archie. The TV star also fell into a row with co-star Alex Beresford and stormed off set after the disagreement.

Piers’ comments about Meghan were condemned by mental health charities and Ofcom received over 57,000 complaints from viewers – the most the watchdog has ever received.

Later that evening, ITV confirmed in a statement: “Following discussions with ITV, Piers Morgan has decided now is the time to leave Good Morning Britain. ITV has accepted this decision and has nothing further to add.”

However, Piers is still working with the broadcaster and in Thursday’s interview with Coleen, the presenter talks to the Loose Women panellist about her sisters’ cancer diagnosis, her own cancer scare as well as her love life and her late mother’s battle with Alzheimer’s.