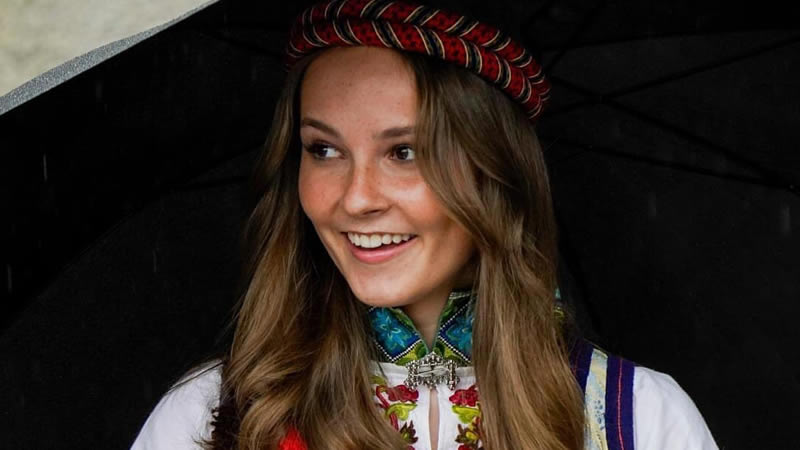 With 149,212 Covid cases registered in Norway, including 811 deaths, Princess Ingrid has now become the first member of the Norwegian royal family suffering from Covid.

After testing positive for the virus, Ingrid, 17, has been isolated at her family’s home, the Skaugum Estate.

The following statement from the palace itself confirms this news saying:

“Her Royal Highness Princess Ingrid Alexandra has tested positive for corona and is isolated at home at Skaugum. The rest of the Crown Prince family have also been tested, but have not passed positive tests.”

Consequently, the 20th-anniversary celebrations of the Crown Prince Couple’s Foundation, which were planned to be held at the Skaugum Estate on Wednesday, have been postponed by the family. Haakon will also be absent at the debarkation of the Royal Yacht “Norge” on Monday.

The Crown Prince’s visit to the UngInvest in Modum, which was scheduled for Monday, will also be postponed.

However, the royal family of Norway is not alone when it comes to royals who have caught the virus. If we recall, members of the British Royal Family have also tested positive for coronavirus, although both cases were detected last year. Prince Charles and Prince William have both tested positive for the virus.

As per Express, the Duke of Cambridge and Prince of Wales also tested positive for Covid in April and March 2020 respectively.

In June, Charles said that he “got away with it quite lightly” when he caught the virus, and told Sky News that “I was lucky in my case… but I’ve had it, and I can so understand what other people have gone through.”

The Sun stated that William kept his positive test result a secret because “there were important things going on and I didn’t want to worry anyone”.

On that note, we wish Princess Ingrid Alexandra a speedy recovery from COVID.