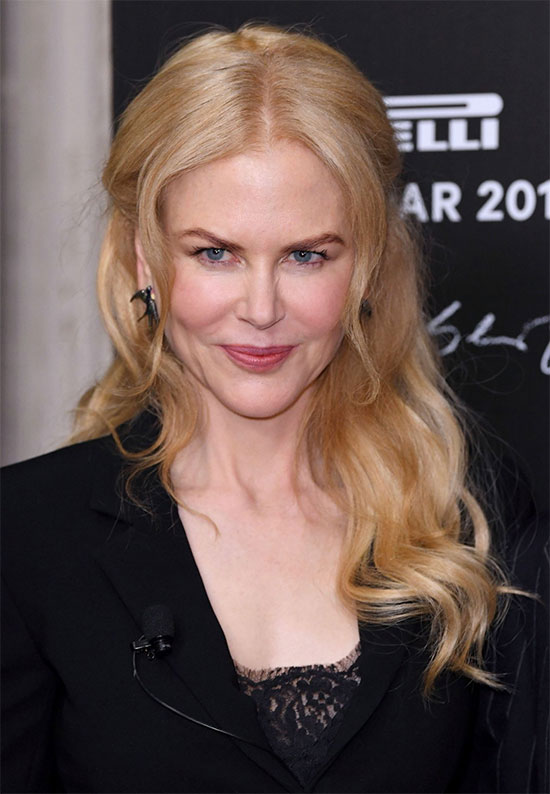 The actress plays an abused wife in denial in the HBO limited series, and some of the bruises her character Celeste sports on the show were real. The 49-year-old, who also signed up for some torrid lovemaking scenes, admits Keith Urban was “devastated” to see how far his wife was going to perfect her role. “I didn’t realise how much of it penetrated me,” Nicole told Vogue. “I would go home at night sometimes and be in a lot of pain, and I had to take things like Advil because I was being thrown around physically.

Read More: Nicole Kidman Planning to Add Another Kid to Her Brood

“I was really bruised. At one point Keith was like. ‘I’m going to take a photo of your back because it’s covered in deep, massive bruises’. He was devastated seeing it, but then he would say, ‘But I have an artist wife!’” “He knows that’s how I work,” Nicole added. “I don’t even notice it half the time. I loved playing her, because she was a beautifully written character with a director (Jean-Marc Vallee) that totally wanted to go there, and to have an actor like Alex to play opposite off of was amazing.

Read More: Nicole Kidman Planning to Add Another Kid to Her Brood

“That’s what we all seek as actors. But at the same time, when I walked away from it, I remember thinking that was the deepest I’ve gone in terms of finding and losing things.” Kidman recently told Vulture magazine she begged HBO bosses to hire Skarsgard to play her abusive husband in Big Little Lies, stating, “He has the ability to hold you and pull you in, but he also breaks down. He has that fragility as well as the dominance. He is obviously very tall which is really, really helpful for me. It’s not often that I look small. So physically he’s very dominating as well, which is frightening.”