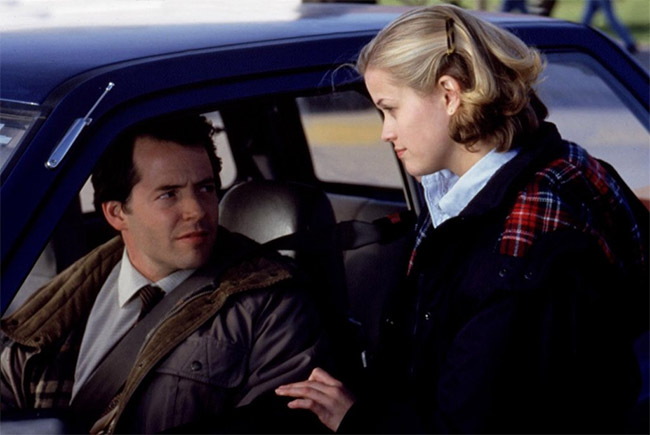 At what point does it become acceptable for a student to date a teacher? It’s obviously a no-no if the student is underage, but some colleges have banned student-teacher sex completely, even between consenting adults. For years, the topic has fascinated filmmakers and viewers alike. Some are particularly racy takes on these scandals, like the film A Teacher, while other affairs are explained more easily — Drew Barrymore is an undercover reporter in Never Been Kissed, therefore technically fair game ( . . . still a little shady). Here are student-teacher liaisons that cross the line from cute to questionable.

In the satirical Election, civics teacher Jim McAllister (Matthew Broderick) wants to take down conniving overachiever Tracy Flick (Reese Witherspoon) in the high school election, after Flick seduces a fellow teacher and causes him to lose his job.

Art teacher Sheba (Cate Blanchett) falls for a charming 15-year-old student and into a sordid affair in Notes on a Scandal — but a fellow teacher (Judi Dench) uses her knowledge of their liaisons to blackmail Sheba into a friendship.

Prof. Tripp (Michael Douglas) tempts fate by allowing his student Hannah (Katie Holmes) to rent a room in his house, but he successfully rebuffs her advances in Wonder Boys. Meanwhile, his prize pupil James (Tobey Maguire) ends up in the sack with Tripp’s book editor (Robert Downey Jr.).

As an admissions officer at Columbia University in P.S., Louise Harrington (Laura Linney) meets a man many years her junior (Topher Grace), who happens to have the same face, talents, and even name as her deceased high school sweetheart. True love reincarnate?

The post 5 Student-Teacher Relationships That Cross the Line appeared first on Womenz Magazine.

Kim Kardashian Wants a Baby But ‘Doctors Have Told Her No’