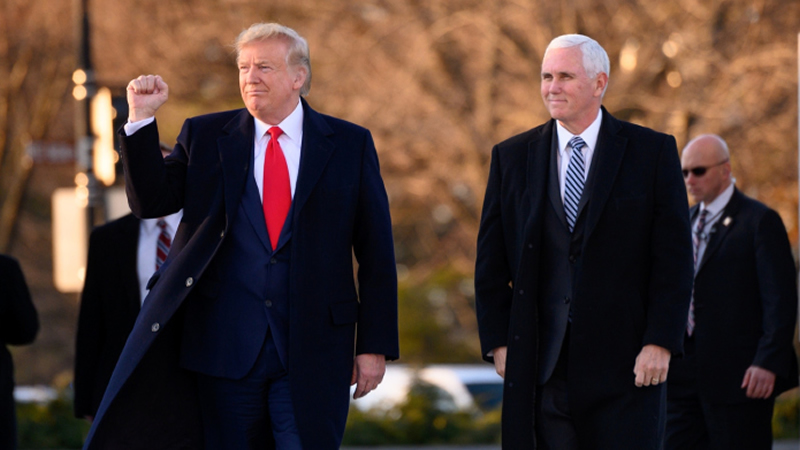 With the transition from one administration to another in the White House, there is naturally a demand for memoirs and tell-all books from working with former President Donald Trump. Publishing houses are normally announcing multiple deals with senior officials, but this time around, they are hesitant after the Jan. 6 Capital Hill riots

One person who won’t have to wait around for a book deal is former Vice President Mike Pence. He reportedly signed a two-book contract with Simon & Schuster that is worth between $3 million to $4 million, according to CNN. With Pence being the more reserved team member, who helped lead the country for four years, it will be interesting to see how he perceived working alongside Trump.

He may tread carefully because political insiders are speculating that the former governor of Indiana is weighing his options to run for president in 2024. That would definitely clash with his former boss’ possible plans to run again as well — and most people know you don’t want to contradict Trump on anything. The curious thing is that Pence’s recently formed political advocacy group, Advancing American Freedom, has a lot of Trump allies on the advisory board, including Kellyanne Conway and Newt Gingrich — it’s possible there will be some conflict within the former president’s inner circle.

Conway also has a book deal in the works, but everyone is waiting to see if Trump will ever sign on the dotted line for a book about his tumultuous four-year administration. One publishing insider revealed to CNN that they are treading cautiously if he does shop a proposal because “he is impossible to fact check or do business with.”

For now, Conway and Pence’s books will have to be the memories on record, and they are both getting paid handsomely to do so.

Our mission at SheKnows is to empower and inspire women, and we only feature products we think you’ll love as much as we do. Please note that if you purchase something by clicking on a link within this story, we may receive a small commission of the sale.

Biden to address joint session of Congress on April 28