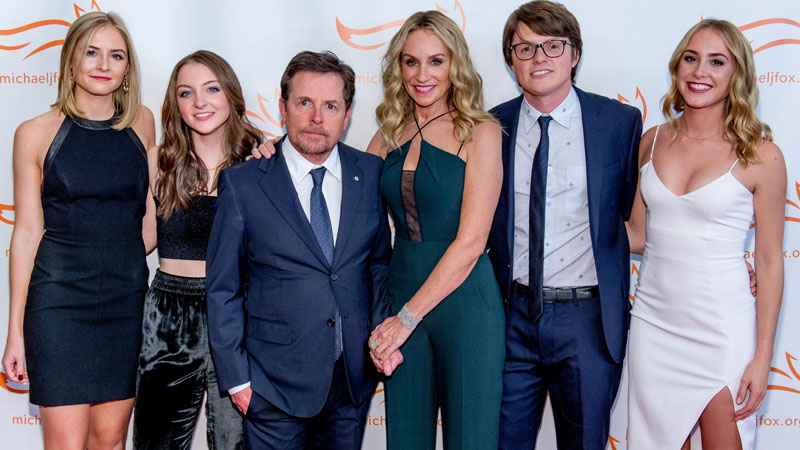 As one of the greatest movies of all time, Back to the Future is one film that everyone needs to see at least once. Even though some recasts took place as the film blossomed, but Michael J. Fox was the star of the franchise.

Besides his iconic run in Hollywood, let’s take a look at the family life of Fox as he is the doting dad of his four kids, Sam, Aquinnah, Schuyler and Esmé, with his longtime wife, Tracy Pollan.

Michael got married to the Bright Lights, Big City actress Tracy Pollan in 1988 and the couple welcomed their eldest son, Sam, in 1989. Later on, in 1995, they became parents again but this time there were twin daughters Aquinnah and Schuyler, followed by the birth of their youngest child, Esmé, in 2001.

With over 30 years since the Hollywood couple has exchanged vows, their bond appears to be stronger every passing day.

“Big families, middle children,” Michael told People in 2018. “Sense of humor. Both our families had that.” Tracy added, “It was us against the world. That’s exactly what we’ve created.”

Besides from endless love and support in Showbiz, Tracy has been by her husband’s side from the very first day he was diagnosed with Parkinson’s disease at age 29 in 1991.

“She puts up with me,” the beloved comedian exclusively shared with Closer Weekly in December 2019. “Her big challenge is not having a Parkinson’s patient for a husband. It’s having me for a husband.”

Even though doctors told the Hollywood hunk he should’ve been “pretty much disabled” at this point in his life, he insisted he’s doing “great” and looking forward to more moments with his wife and kids in the future.

“I love my family and my work. I love the opportunity to do things. That’s what happiness is,” the Teen Wolf actor marveled to Closer. “I really love being alive.”

Kim Kardashian’s Upsetting Announcement–We’re Shocked And Sorry For Her!

Prince William Is Worried About Harry’s Comments On Royal Family

Prince Charles has no plans to see son Harry when he returns to UK: report