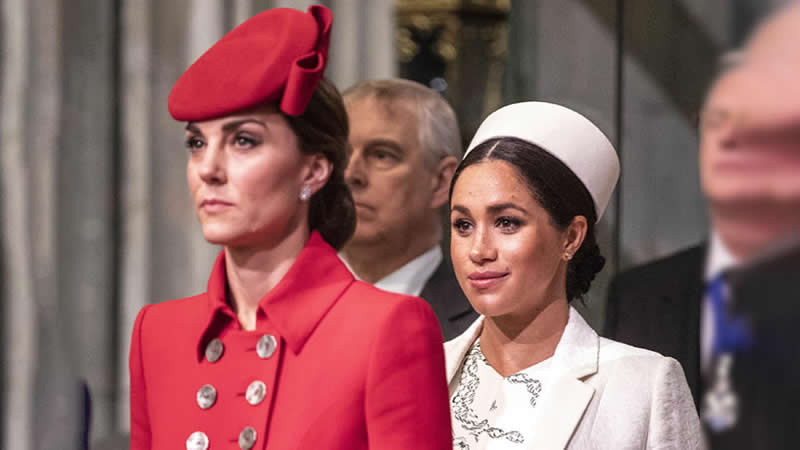 According to research carried out by a charity group, Meghan Markle is more respected by the younger generation of Brits than Kate Middleton. The former “Suits” actress has seen her likability ratings take a massive hit after her and Prince Harry’s explosive interview with Oprah.

But the new research geared towards a younger audience has shown that the reverse is actually the case for the couple. Most of the surveys covering respondents 18 and over have placed the California-based couple at the lowest end of the spectrum for most respected and most liked royals.

But not anymore, as results published by youth health charity, stem4, which focused specifically on 13-to-25-year-olds, served to show that the Sussexes are popular amongst the younger generation, even beating out the Cambridges. The charity’s data suggested that Meghan Markle is more respected than Kate Middleton within a Generation Z audience.

However, both women still got lower ratings than the Queen, who after almost seventy years as the British monarch, led the poll for the notable figures section of the data. Queen Elizabeth the II received 25 percent of the votes compared to Prince Harry’s 22 percent, Meghan Markle’s 21 percent, Kate Middleton’s 11 percent, and Prince William’s 10 percent.

Sir David Attenborough came out the most popular with 54 percent of the votes in a separate inspiring figures section. The charity reportedly surveyed over 1,032 people in the U.K. between May 26 and 29.

Dr. Nihara Krause, founder, and chief executive at stem 4, said on Yahoo News: “To earn the respect of young people today you don’t need to earn a fortune or have good looks. It’s far more important that you show bravery, resilience, and compassion for others and for nature. Those are certain qualities the Queen shares with some of the other names on this list such as David Attenborough and [English soccer player] Marcus Rashford.”

“It’s also significant that many of the most admired famous people are those, like Billie Eilish and Prince Harry, who have been open about their own mental health challenges,” he continued. “Problems like anxiety, depression, and self-harm are sadly very common among young people and it makes a huge difference to them when public figures have the courage to open up.”

As for the most important characteristic that the younger audience wants to see in a leader, they mostly marked: “They are brave and resilient, and even when things go wrong and they are criticized, they carry on.”