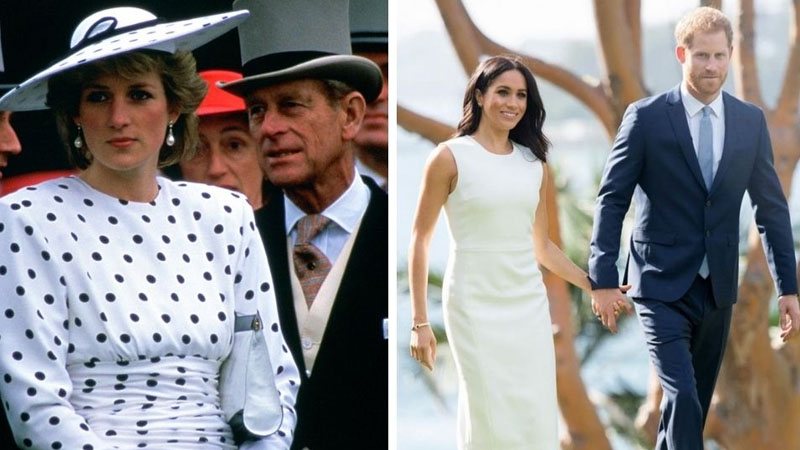 She’s facing a lot of heat for this, Princess Diana’s 60th birthday is coming too close; Prince Harry is reportedly planning to make the journey back to the UK to honor his late mother. As per Palac, Meghan will not be joining him.

Originally, it was reported by US website Radar Online that Meghan would be with Harry to the UK in July for the unveiling of Princess Diana’s honorary statue, new information suggests that this is not the case. As per the report from the Daily Mirror, Harry and Meghan have clarified that Megha will be in America while her husband makes the trip solo.

“Meghan is not going to travel,” the insider told the publication. “She has just had a baby and Harry will travel alone.”  Harry will reportedly be heading back to London in time for July 1st, on what would have been his mother’s 60th birthday. To mark the 20th anniversary of the princess’ tragic death, a statue was commissioned by Princes William and Harry back in 2017.

“The statue that Prince William and Prince Harry have commissioned to commemorate their mother, Diana, Princess of Wales, will be installed [in 2021] on what would have been her 60th Birthday,” a statement from Kensington Palace read. Harry and William meet at Prince Philip’s funeral, as per recent reports both have requested to give separate statements during the tribute.

As per newidea.com.au, “Feud aside, this statue isn’t the only way the Royals have honored their beloved mother. Both William and Harry have named their daughters after the People’s Princess. The first to have a daughter was William, naming her Charlotte Elizabeth Diana. More recently, Harry welcomed his first daughter, Lilibet Diana, into the world.”

Royal analysts slammed the Sussexes for their choice of name, claiming it is hypocritical considering the current state of their relationship with the monarchy. Others saying the name Lilibet a sweet tribute to Her Majesty, even signifying it may have been the Sussex’s attempt at spreading an olive branch to their family across the pond, others were skeptical as to why the reprobate royals desired to associate themselves with the institution, they have publicly criticized. Perhaps Harry’s upcoming trip to the UK will work towards ending the war maybe.