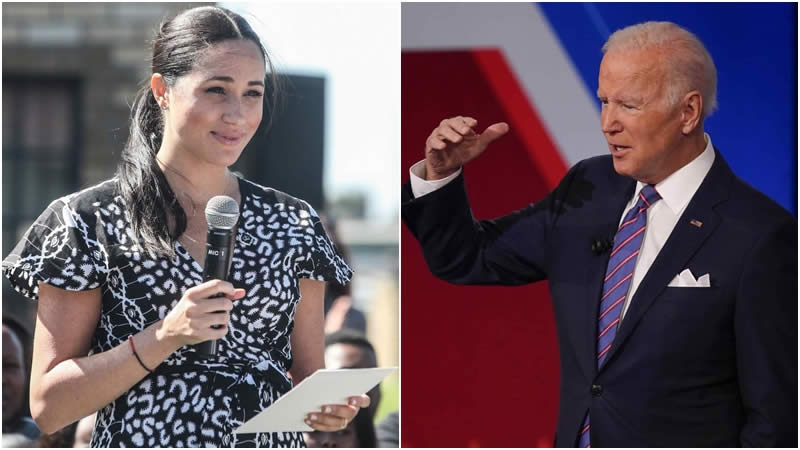 Meghan Markle’s lobbying efforts for paid family leave in Congress have gotten a boost as the policy was reinstated in the Build Back Better Act.

The Duchess of Sussex has been personally calling senators from both parties in an attempt to gain support for the proposal, which would allow parents to choose between earning money and spending time with their children.

Following a backlash from progressive Democrats and Meghan’s lobbying efforts, House Speaker Nancy Pelosi announced that four weeks of paid family leave is back in the legislation.

The speaker of the house posted on Twitter: “House Democrats know #PaidLeaveForAll is essential for getting children learning & parents earning—and that’s why Paid Family & Medical Leave will be included in our House #BuildBackBetter bill!

“#PaidLeaveForAllbuilds on the transformational provisions of @POTUS Build Back Better Act which will benefit millions of parents and families across America with child care and universal pre-K, the Child Tax Credit, home health care and more!”

As per CNN, the provision was originally removed in order to expedite the bill’s passage through the Senate.

Its reappearance follows Republican Senator Shelley Moore Capito’s revelation that Meghan called her unexpectedly and asked for her support for paid leave.

Quoted by Politico, Capito said: “I’m in my car. I’m driving. It says ‘caller ID blocked,'” she recounted. “Honestly … I thought it was Sen. Manchin. His calls come in blocked. And she goes ‘Sen. Capito?’ I said, ‘Yes.’ She said, ‘This is Meghan, the Duchess of Sussex.'”

House Democrats know #PaidLeaveForAll is essential for getting children learning & parents earning – and that’s why Paid Family & Medical Leave will be included in our House #BuildBackBetter bill!

The legislation must yet pass the Senate and may face opposition, but it is a step in the right direction toward paid leave.

In October, Meghan wrote to House Speaker Nancy Pelosi and Senate Majority Leader Chuck Schumer, urging them not to compromise on paid leave.

She wrote: “In June, my husband and I welcomed our second child. Like any parents, we were overjoyed.

“Like many parents, we were overwhelmed. Like fewer parents, we weren’t confronted with the harsh reality of either spending those first few critical months with our baby or going back to work.

“We knew we could take her home, and in that vital (and sacred) stage, devote any and everything to our kids and to our family.

“We knew that by doing so we wouldn’t have to make impossible choices about childcare, work, and medical care that so many have to make every single day.

“No family should be faced with these decisions. No family should have to choose between earning a living and having the freedom to take care of their child (or a loved one, or themselves, as we would see with a comprehensive paid leave plan).”

⭐️ Build Back Better NEWS: @SpeakerPelosi: “I have asked the Ways and Means Committee for its legislation for Paid Family and Medical Leave to be included in this morning’s hearing.” #PaidLeaveForAll let’s gooooo!

As per Newsweek, in a message to Democrats on November 3, Pelosi said: “It had been my intention throughout this process to put on the House Floor and pass a bill that would pass the Senate in the same form.

“Because I have been informed by a senator of opposition to a few of the priorities contained in our bill and because we must have legislation agreed to by the House and the Senate in the final version of the Build Back Better Act that we will send to the President’s Caucus, I have asked the Ways and Means Committee for its legislation for Paid Family and Medical Leave to be included in this morning’s hearing.”

Meghan Markle, Prince Harry Have To Choose, ‘Make or Break’!