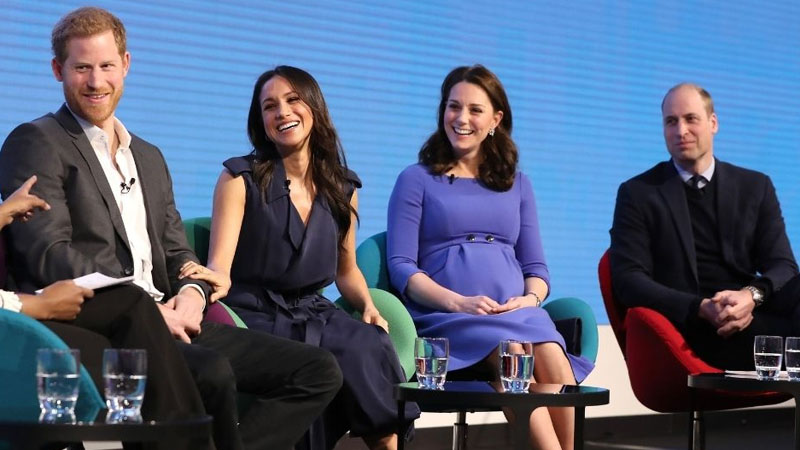 The magazine insisted Markle had ordered Harry to retrieve the gown from his grandmother while he was in England for the unveiling of the Princess Diana memorial. But much to Markle’s reported dismay, Harry was unsuccessful. An insider tells the tabloid, “The queen loans it to royal babies being christened in England. There was no way she would let such a priceless item be whisked off to America with Harry — or post it there!”

So, in retaliation, Markle is supposedly planning a private christening for Lili. The outlet even notes that the event “won’t have any of the royal pomp and ceremony she felt forced to include when she and Harry christened their son, Archie.” Instead, Markle is reportedly considering a Catholic service linked to her old high school, Immaculate Heart. The tabloid purports that such a move would be the “ultimate insult” to the royal family.

The source explains, “Meghan wants the ceremony to be super small, and will only include a handful of celebrity friends, along with her mom Doria,” adding, “The royal family won’t be invited — she won’t even let them watch on a Zoom call, probably out of pure spite that they wouldn’t let her have the gown!” The outlet insists that Kate Middleton is the most upset about Markle’s move.

“Kate’s been trying so hard to mend fences between William and Harry, if only for Archie, Lili, and the Cambridge kids’ sakes. Now she’s been blacklisted from one of the mos formative family events in a child’s life. She’s devastated,” the insider concludes.

So, is it true Meghan Markle is planning to ban the royals from her daughter’s christening? We seriously doubt that’s what’s happening. This may come as a shock to the tabloids, but not everything the Sussexes do is about the extended royal family. If Markle were planning a small intimate christening ceremony, that’s her decision — not that this story about a tiny exclusive ceremony is believable in the first place. This report is impossible to follow.

At one point, the outlet alleges Markle has never cared for royal pomp, insisting she’s throwing it all out in favor of a more low-key event. But then report changes stories, instead claiming she’s planning a small ceremony in retaliation because she wasn’t lent a sacred royal christening gown.

So is Markle obsessed with the royal tradition or does she despise it? This narrative is obviously bogus since the tabloid can’t keep its story straight. To cast even further doubt on the validity of this story, there have been more reliable reports saying that the couple is actually planning to have Lilibet’s christening ceremony in the UK.

Oprah Winfrey Question Prince Harry’s candidness is going to help him or Not with the Royal family?