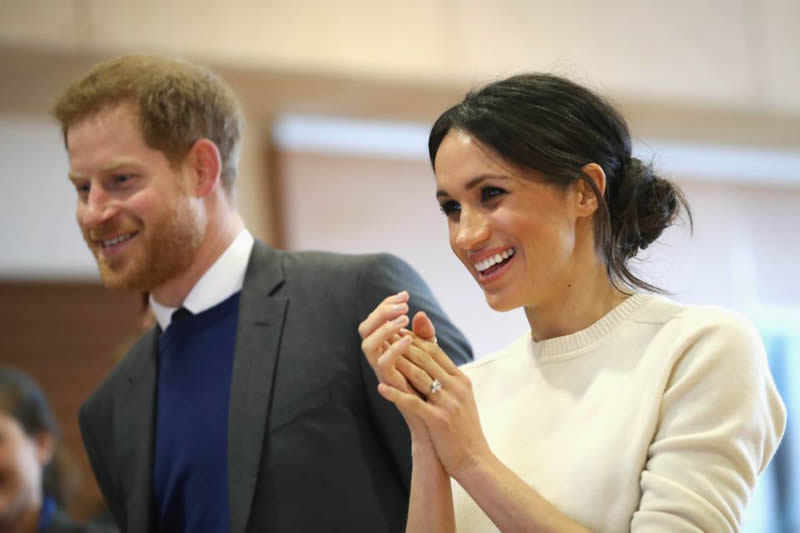 Duke and Duchess of Sussex are blessed with a daughter ‘Lilibet’ and it is expected to bring the royal family together as her connection to the relatives holds strong.

Lili’s name represents sweet signs to the sovereign and it is an honor to both her great-grandmother, Queen Elizabeth, and late grandmother, Princess Diana.

This baby is considered a great unifier for the royal family as all the relatives – including the Queen – are reportedly celebrating the new arrival with the Sussexes, said thenews.com.pk.

Queen Elizabeth, Prince Charles and Camilla, Duchess of Cornwall, Prince William and Kate Middleton congratulated Prince Harry and Meghan Markle on the birth of their baby girl Lilibet Diana. The royal couple will make a Zoom video call to meet Her Majesty to her 11th great-grandchild.

On Sunday, the happy couple announced the birth of their second child, Lilibet ‘Lili’ Diana Mountbatten-Windsor two days after she was born in Santa Barbara, California.

Lilibet Diana is eighth in line for the throne — being assertive to Prince Andrew, Princess Beatrice, and Princess Eugenie in the royal line of succession.

As per the royal fans and experts, Meghan and Harry’s baby girl will assist resolve tension within the royal family and reunite them.

Prince Harry bashed for ‘leaving nothing behind’ amid US fresh start