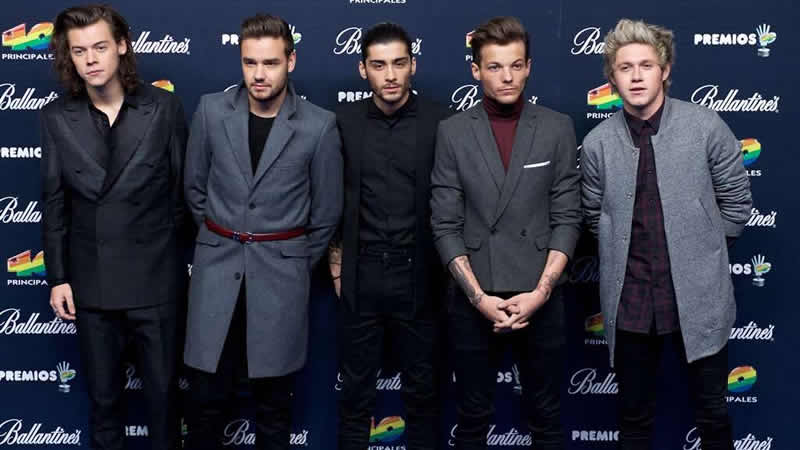 It’s been more than a decade since Liam Payne joined One Direction with Harry Styles, Louis Tomlinson, Niall Horan and Zayn Malik on The X Factor.

In a new interview with Glamour U.K., the 27-year-old singer looked back at when the group first formed and shared the advice he’d give his younger self.

“I think just have more fun and relax a little bit,” he replied. “I think I was a very serious child, one of those man-childs, I was a man in a child’s body pretty early on. And I think I would have avoided that stage, to be honest with you. To enter One Direction as that difficult, because it just meant that I got completely a different job to everybody else.”

Payne said he “should have just larked around and thrown plates out the window and stuff!” But when the interviewer asked if this meant more rock and roll, the artist clarified, “Well, I mean at the start, and then later on a bit less rock and roll.”

Payne and his bandmates were just teenagers when they were catapulted into fame in 2010. And growing up in the public eye wasn’t exactly easy.

“I think we all go through that awkward teen phase where you’re finding yourself,” he explained. “And most of us, we get to get away with it. And they’re funny family photos for later on; here was your emo phase or whatever you went through! And for us, we never got away with being awkward or annoying at points. It was kind of out there for everyone to see; the awful haircuts and we’re talking terrible clothes, it was all out there.”

Over the years, One Direction released a number of popular hits, including “What Makes You Beautiful,” “Steal My Girl” and “Story of My Life.” But in 2015 Malik announced his decision to leave the band, and Payne, Styles, Tomlinson and Horan began the group’s hiatus later that year.

The journey taught Payne a great deal about measuring success—which he said evolved from a “monetary thing” to “more about happiness and experiences”—and failure.

“It’s taught me I think that perseverance will always prevail in that sense,” he told Glamour U.K. “Because it doesn’t always go exactly to plan. We were really lucky when we came up, we absolutely skyrocketed. And then, it’s been hard to follow that ever since.”

Still, as hard as it may be, Payne tries not to play the comparison game. “But you know, measuring a failure as well. What is a failure?” he continued. “And people will look at this and, for us sometimes getting a 100,000,000 streams isn’t quite what we aim for, but it’s still 100,000,000 streams….you have to kind of get a hold of yourself. Everything is about perspective at the end of the day, isn’t it? That was something I struggled with for a long time, because of how well it went [for the band.]”

These days, Payne—like his fellow One Direction alumni—is focusing on his career as a solo artist. He’s released a number of popular songs, including “Strip That Down” and “Bedroom Floor.” He’s also a father to 4-year-old son Bear, whom he welcomed with his ex Cheryl Cole in 2017, and is engaged to Maya Henry.

Although, he still keeps in touch with some of his bandmates. “Louis from my band has always been quite great to sit with me and talk with me about stuff,” he said when asked about career expectations. “And if I’m feeling a certain way. We’ve been quite good with each other, actually in that respect and helping each other out, which has been nice.”