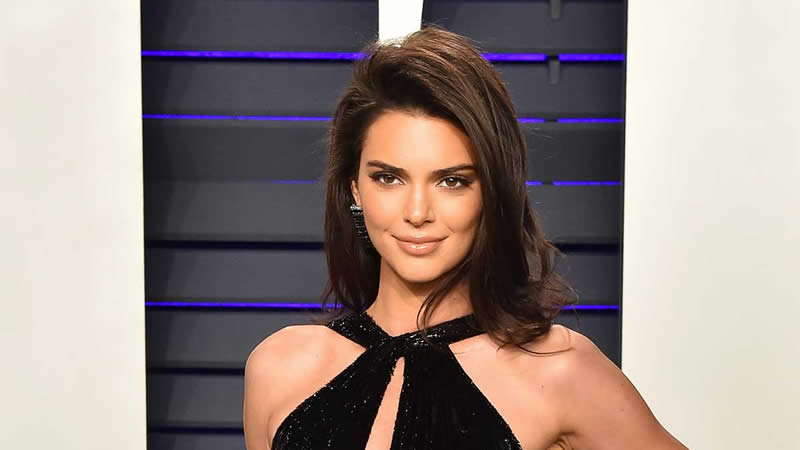 People are not too happy with Kendall Jenner right now. The model and reality TV star is facing some backlash over a new product she just launched –  a new line of tequila.

Critics are accusing Kendall of cultural appropriation as her new tequila hits shelves in stores across California, mostly because of the way the 25-year-old entrepreneur is advertising the products.

In the ad campaign for 818 tequila, Kendall is seen wearing a poncho with her hair in styled in braids. Several who analyzed this imagery are not very pleased with it.

“Kendall Jenner and her team were really going for that Mexican aesthetic in the ad for their new tequila,” Jackie Mayorga, a Latinx activist,pointed out on social media. “They had her riding and bonding with a horse through an agave field and even having her drinking tequila with Mexican men. Cause nothing screams authentic Mexican tequila more than Kendall Jenner wearing braids.”

Speaking to Yahoo Life, Mayorga added, “From the type of filter that they use, to the outfit that they made her wear, to the horse, to the hairstyle, everything was just made to seem like Kendall is a small town Mexican girl. The hairstyle that she chose is really significant because in Mexico the indigenous women wear that hairstyle.

“And in Mexico, whenever somebody is being anti-indigenous, they usually wear that hairstyle as if they’re mocking their intelligence, so it’s actually a really big deal. Only around the holidays is when you see the main population of Mexican women wear their hair like that because they’re trying to pay homage to our indigenous history.”

And this isn’t the first time Kendall has been accused of cultural appropriation. In 2017, she was featured in a Pepsi ad that was pulled from TV almost immediately after it first aired after public backlash.

In this ad, Kendall joined a group of activists, though instead of protesting she handed a can of Pepsi to a police officer as others cheered behind her.

People were also very unhappy with Kendall earlier this year when she first announced plans to launch her own tequila. At the time, critics accused the model of cultural appropriation, saying that she did not have enough knowledge of the history of tequila and its importance to Mexican culture to join the industy.