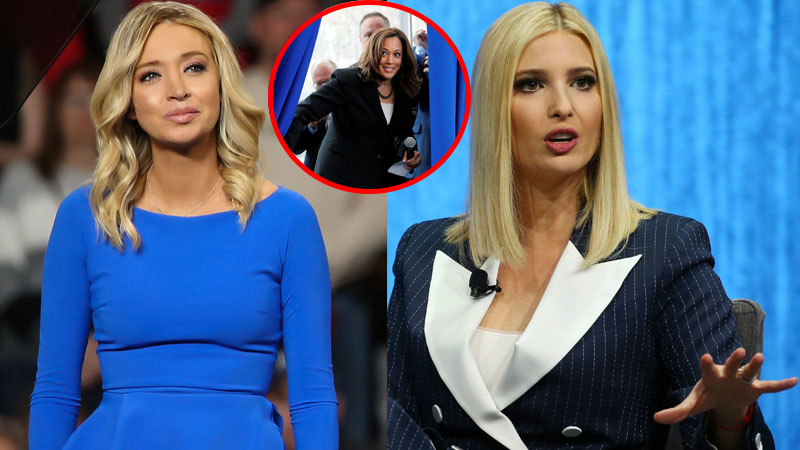 Former White House Press Secretary Kayleigh McEnany smashed over Forbes magazine featuring Vice President Kamala Harris on its cover instead of Ivanka Trump. Harris the first woman Vice President, while Ivanka Trump was an unpaid adviser to her daddy-president. During a segment on Fox News’s Outnumbered, McEnany highlighted the profile of Harris, which Forbes called the VP’s vision “Kamalanomics.”

“Interestingly though, we have someone who did just that,” she continued to say. “Ivanka Trump did just that, securing $1.5 billion in relief from the private sector for small businesses, $10 billion to [community development financial institutions], which are banks that help minority and low-income communities.”

Tomi Lahren also pounded out at Harris. According to polinews

“We expected her to do a lot more with this golden opportunity that she’s been given,” she said. “I know how she operates. I know what kind of woman that she is.”

McEnany recommended that Harris is heading to be the president of America.

“That’s exactly what it is,” McEnany observed. “I read a report about how she’s trying to keep a low profile for that reason, so she’s not on the record on these issues, on the border. She can sneak on by and try to walk right into the Oval Office.”

Sarah Palin is a powerful voice for women but, conservatives are always playing the victim. It’s overwhelming. How did Forbes acknowledge the former guy’s unpaid adviser and feature her on the cover? It is insane. Ivanka’s time in politics is over.

The Importance of Sharing Life Experiences