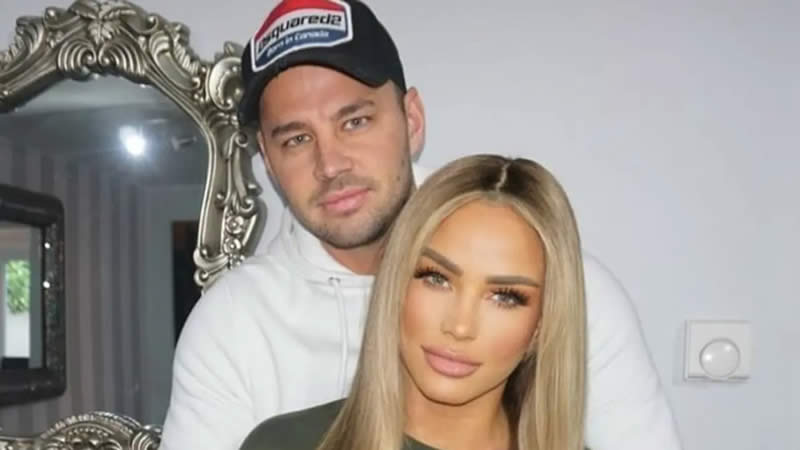 The couple confirmed their romance in June last year and got engaged back in April following a whirlwind romance.

According to The Sun, Katie was heard telling guests at Thursday night’s National Television Awards that she was “single” and had “dumped” Carl.

: “She was telling people, ‘I’m single, I’ve dumped him’ and was clearly focused on moving on. They had been constantly growing, and she said she’d had enough.”

“She said she was back living at her house in West Sussex even though it wasn’t fully done up yet. But she was adamant she wouldn’t go back to his place. As far as she’s concerned, it’s over.”

“Katie said she couldn’t handle it anymore and wanted out.”

Katie attended the NTAs as her BBC documentary Katie Price: Harvey and Me were nominated for an award.

It marked Katie’s first public appearance since she was allegedly assaulted in her home last month.

The former glamour model was taken to hospital with facial injuries after the alleged attack, and her engagement ring was reportedly stolen.

A 32-year-old male was arrested on suspicion of assault, theft, and coercive and controlling behavior following the incident, but he has been released on bail until September 20.

Speaking about the alleged attack, Katie told The Sun: “I’ve got a big bruise, my face is all puffy, and I went to the hospital. I’m still all dazed. I’m devastated.”

“I’ve told police that I was assaulted, and am in shock that this happened. I ran away after being punched — I ran to Harvey’s house nearby and have now done damage to my feet, which I previously injured.”

“The fight was unprovoked — I was just sitting there watching telly when the assault happened. I can’t say any more,” she added.

Earlier this week, Carl broke his silence on Instagram following the incident, insisting he has “never hurt” Katie.

The former Love Island star wrote: “I have remained quiet until now due to the investigation being carried out by the police however I have found it so difficult to keep quiet on social media due to speculation and shocking abuse that I have received.”

“Anybody who thinks I hit Katie you’re completely delusional and have no idea of the reality of the situation. I have never and never would do anything to hurt Katie,” he added. “The truth will be told.”

When contacted for a comment, Katie’s rep told Goss.ie: “As this is still under police investigation we’re unable to comment.”