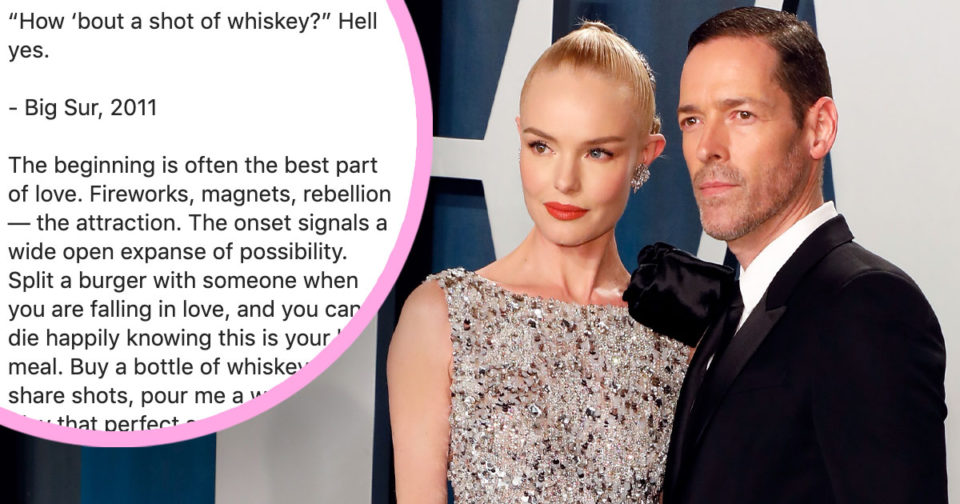 Kate Bosworth has announced the sad news that she and her husband are going their separate ways. The American actress has announced her split from her partner, filmmaker Michael Polish, after nearly eight years of marriage as she penned a lengthy and deeply poignant Instagram post reflecting on their life and love together.

The Force of Nature star, who is a stepmom to her husband’s daughter from another marriage, posted a candid black and white image of the pair sharing an affectionate kiss.

In the beautiful tribute, the 38-year-old began by sharing a quote from the film Big Sur, which was where their romance started after she met and fell in love with the director on set back in 2011.

‘The beginning is often the best part of love Fireworks, magnets, rebellion — the attraction. The onset signals a wide-open expanse of possibility,’ the Blue Crush star wrote. ‘Split a burger with someone when you are falling in love, and you can die happily knowing this is your last meal.’

‘Buy a bottle of whiskey and share shots, pour me a waterfall. Play that perfect song on the jukebox and dance with someone you have known your whole life, though you met minutes ago.’

The LA-born actress continued by revealing that although they ‘inherently fear an ending’ in their chapter together they still love each other just as much as they did the day they said ‘I do’. The couple tied the knot in a mountaintop ceremony in Montana in August 2013 after dating for two years.

‘Our hearts are full, as we have never been so enamored and deeply grateful for one another as we do in this decision to separate. Together, over the last ten years, Michael and I have chosen love, every time.’

This is What Royals Told Meghan Markle on Her 40th Birthday