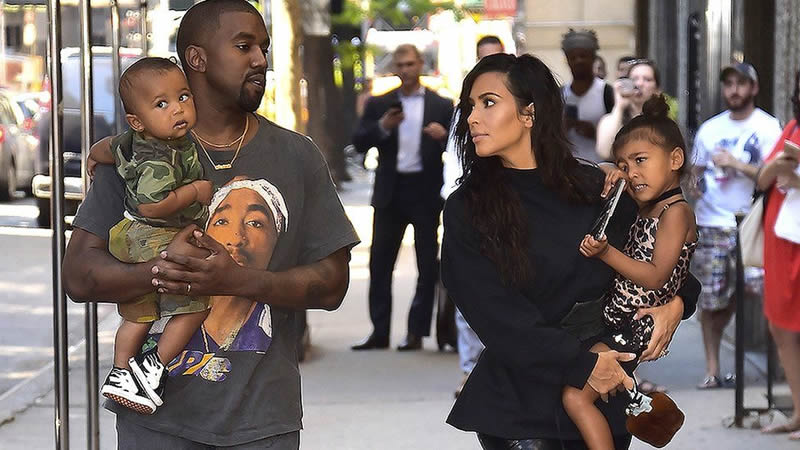 The rapper, 43, is requesting joint physical and legal custody of their four kids—North, 7, Saint, 5, Chicago, 3, and Psalm, 23 months—according to the April 9 court document, which was obtained by E! News.

The SKIMS founder, 40, seems to be on the same page, since she also requested joint custody, meaning the pair would likely work out an arrangement for sharing their children.

Kanye’s response mirrors the bulk of Kim’s court documents, which she filed on Feb. 19.

His court filing asserts that they should each pay for their own legal fees, and he agrees with Kim that neither party should pay spousal support.

Kanye, who cited “irreconcilable differences” as the reason for their breakup, asked that their separate and shared property be determined “according to proof at time of trial or settlement.”

Both Kim and Kanye have continued to stand by their prenup, a source close to the Keeping Up With the Kardashians star told E! News in February. Kanye’s court papers seem to indicate that the separation is indeed “amicable,” as the insider initially described it.

Earlier this year, the couple was thought to be no longer speaking, as Kanye spent most of his time in Wyoming.

And after rumors of an impending split spread, Kim finally decided to file for divorce two months ago.

“Kim was just tired of waiting. She tried to give it a chance. She wanted to do this last year. She gave it plenty of time but it’s just time to move on,” the first source told E! News at the time. “There were no affairs. No one did anything bad. They grew apart.”

Kim has aimed to prioritize her children throughout the separation, according to the same insider, who shared, “She’s mostly worried about her privacy and kids. She’s a mama bear and protective of her kids.”

Kim, who was just named a billionaire by Forbes last week, subtly supported Kanye over the Easter holiday by rocking his footwear brand, Yeezys.

On top of welcoming four kids, the estranged spouses have been through a lot together, ever since their $2.8 million weddings in Florence, Italy, in 2014. Here’s what’s at stake in their divorce.

Prince Harry returns to UK ahead of Prince Philip’s funeral