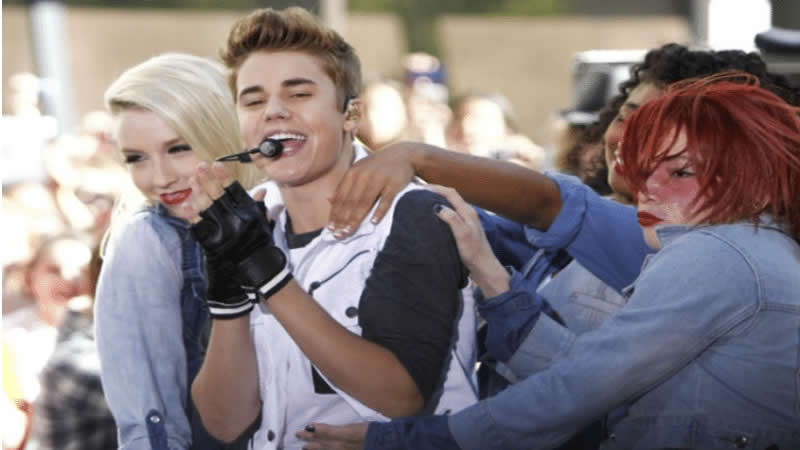 Justin Bieber and Hailey Baldwin couldn’t reportedly agree on whether they should have a baby or not, according to a tabloid.

For almost three years already Justin Bieber and Hailey Baldwin have been married. Nevertheless, they don’t have a baby yet and there were thoughts that they couldn’t agree on it.

In January, InTouch published a report declaring that Justin Bieber and Hailey Baldwin were still in the honeymoon phase. Reportedly the couple wanted to have kids. So, they were intending to take a break from their busy schedules to do it. Yet, Gossip Cop noted that the Baby singer is not cutting back on work because he still has his world tour.

Meantime, National Enquirer published a report claiming that Bieber’s guesting on the Ellen show caused a stir in their marriage. The model was reportedly not pleased when Bieber said he wanted to have a “tribe” of children. However, he added that: “his wife was not ready for it.

“She feels that special traits about their family should be between them, not talked about on TV,”

Gossip Cop examined the reports and debunked them. on The Ellen DeGeneres Show, Baldwin would make an issue about Justin Bieber’s revelations.

It’s all the more unlikely that she would frighten her husband not to disclose any information about them. The couple has a series on YouTube documenting their activities, relationship, and marriage.

Both are stars and they have been open about their life. She also made it clear that she’s not in a rush about it. And on the other hand, she has been open about her desire to be a mom. In 2019 Baldwin told Vogue Arabia that she loved to have kids and couldn’t wait to have her little ones. Also, Bieber has been so supportive of what his wife wants. He assumes that Baldwin is not ready to have kids yet and he is supportive of her. Though it was not happening anytime soon, she also said that after marrying Bieber’s “that’s a closer reality.”

Naya Rivera: ‘I Lost My Hair and Confidence After Giving Birth’