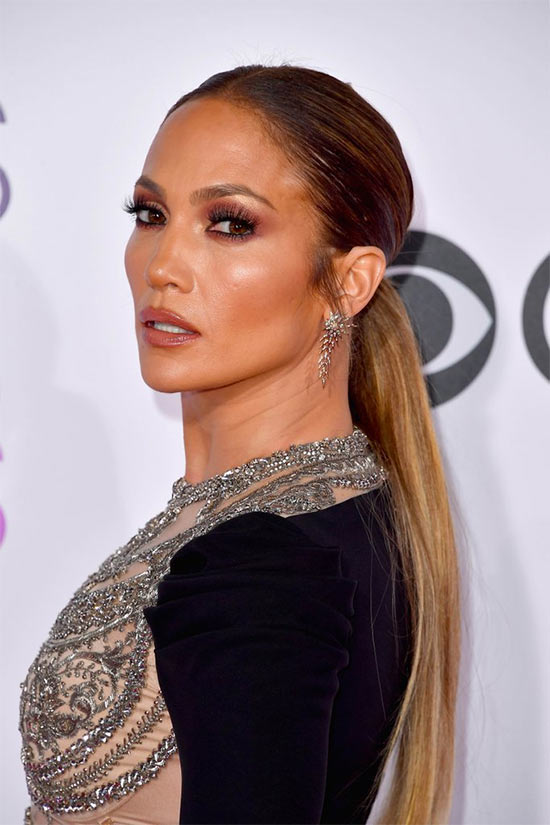 The 47-year-old singer and actress has had a difficult few years, following the end of her third marriage to Marc Anthony and her split from toyboy beau Casper Smart. Now things are taking a more positive turn, with her rumoured romance with Drake and a win for Favorite TV Crime Drama Actress at the 2017 People’s Choice Awards (PCA) for her role in Shades of Blue in the bag. And Jennifer has opened up about just what her devoted fans mean to her, as she spoke to E! News shortly after her win.

“I wish I could have said more. I was trying to be so quick,” she said. “They get me through so much. I know fans are always saying all the things you do for them and how you help them get through things, but really what they do for me and what they do for people like me is priceless. Literally they help you get through so many hard times.” While Jennifer Lopez has received praise from critics for her role as police officer Harlee Santos in the programme, it was the PCA win that means the most to the mother-of-two. It’s the fans that vote for the winners, and in that respect, Jennifer feels it’s the most important ceremony during awards season.

“There’s a lot of award shows every year, but honestly this is the one that in the industry I feel like everybody’s like, ‘I hope the people like me’,” she said. “When the people speak and they say, ‘You know what, we like what you’re doing,’ that means everything because for me the fans – they don’t even know.” Next up for Jennifer is her new project World of Dance, in which contestants compete for a cash prize. Jennifer will judge hopefuls on the show, alongside Ne-Yo and Derek Hough, while Jenna Dewan Tatum will host.

The post Jennifer Lopez: ‘My Fans Have Helped Me Through Tough Times’ appeared first on Womenz Magazine.