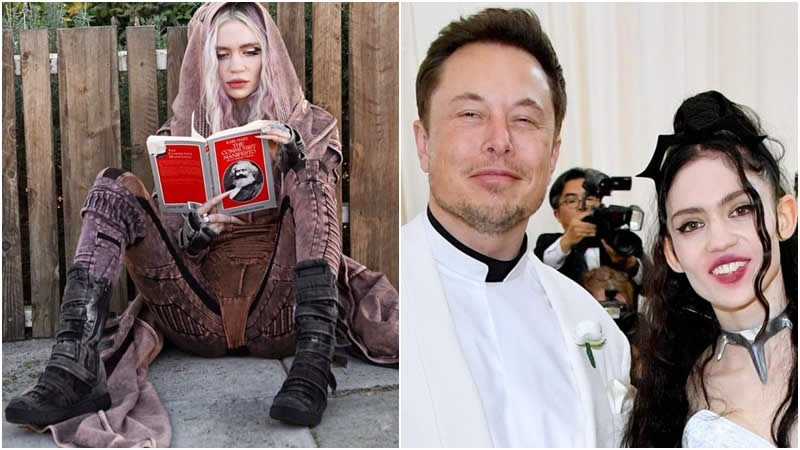 A picture is worth a thousand words…

Grimes is explaining the significance of the now-viral images of her taken by paparazzi on Friday, Oct. 1, as she was having an afternoon outing in Los Angeles. It was the first time the “Oblivion” singer had been seen in public since Elon Musk acknowledged their split on September 24.

On Saturday, Oct. 2, the singer took to Instagram to share her thoughts on the bizarre situation and the present state of her relationship with Elon Musk.

“I was really stressed when paparazzi wouldn’t stop following me this week,” she wrote, “but then I realized it was an opportunity to troll.”

She added, “Full disclosure I’m still living with e and I am not a communist.”

“Regardless,” she went on, “my opinions on politics are difficult to describe because the political systems that inspire me the most have not yet been implemented. Anyway, if paparazzi keep chasing me, perhaps I will try to think of more ways to meme – suggestions welcome!”

Grimes released a new song named “Love” last week in response to all of the attention she was receiving for her heartbreak.

She described in an Instagram post, “I wrote and produced this song this week in response to all the privacy invasion, bad press, online hate, and harassment by paparazzi I’ve experienced this week.”

Elon revealed on September 24 that he and Grimes had chosen to call it quits on their relationship.

“We are semi-separate but still love each other, see each other frequently, and are on great terms. It’s mostly that my work at SpaceX and Tesla requires me to be primarily in Texas or traveling overseas and her work is primarily in LA. She’s staying with me now and Baby X is in the adjacent room.”