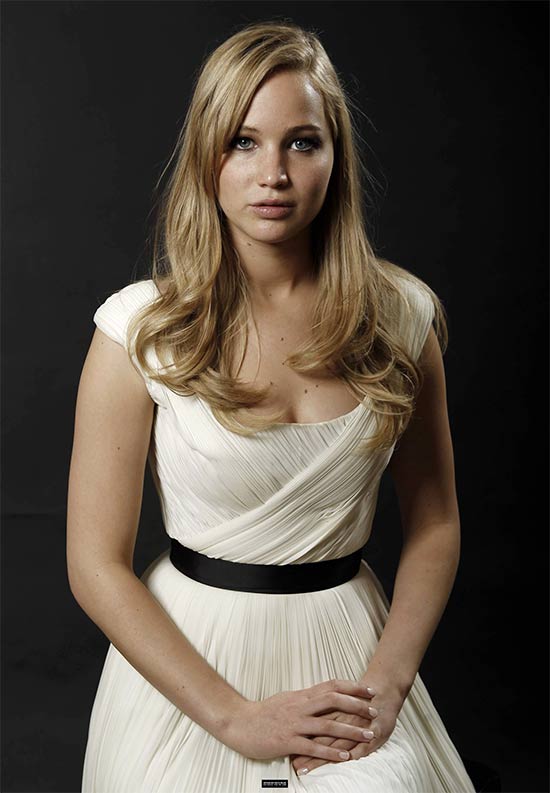 The new leader signed off on plans to keep travelers, refugees and immigrants from seven Middle Eastern countries, including Syria, Yemen, and Iran, out of the U.S. on Friday (27Jan17), sparking protests across America, and now The Hunger Games star has added her voice to the opposition, insisting immigrants should be free to come to her homeland if they are seeking refuge. “My broken heart goes out to the innocent lives of Muslim refugees that are trying to escape terror and find safety for their families,” she writes on Facebook. “I and millions of Americans understand that someone’s race or religion should never keep them in harms way.

“It should be every person’s duty to help and protect anyone no matter their nationality. I pray for sanity and compassion to return to the White House.” Jennifer Lawrence is not the only celebrity speaking out against the travel ban – the subject was on everyone’s mind at the Screen Actor’s Guild Awards on Sunday (30Jan17) with Ashton Kutcher, Julia Louis Dreyfus and Mahershala Ali referencing it during the evening. Ashton opened the show in Los Angeles by calling himself a “citizen of the world” and sternly took aim at President Trump’s executive order.

“Good evening fellow SAG-AFTRA members and everyone at home and everyone at airports that belong in my America,” he said. “You are a part of the fabric of who we are and we love you and we welcome you.” Ali opened up about converting to Islam several years ago and Dreyfus fought back tears as she spoke about being the daughter of an immigrant, who fled religious persecution in France. Meanwhile, Ellen Page, Chloe Grace Moretz, filmmaker Michael Moore and Tim Robbins took part in protests at airports in Los Angeles and New York at the weekend (28-29Jan17).