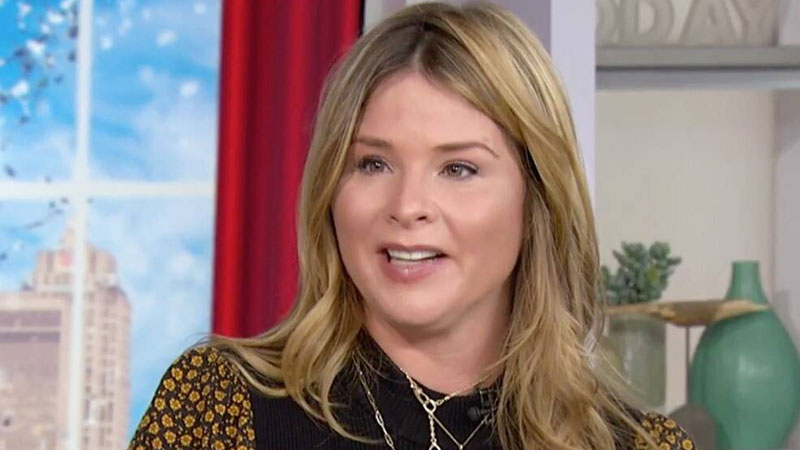 Jenna Bush Hager‘s 8-year-old child Mila‘s definitely not feeling first daughter vibes at summer camp. The Today show anchor shared the adorable, but also heartbreaking, letter her daughter wrote to her and her husband Henry Chase Hager while gone from home. “I got a letter last night that reminded me of a letter that I would write, and it broke my heart in a million pieces,” Jenna told co-host, Hoda Kotb.

The letter began with Mila saying she missed her mom and dad. She wrote from summer camp, “I wish I could be with you.” But the ending of the letter made Henry want to actually go and get his daughter: “P.S.

Daddy, how much longer ’til you pick me up? I miss you too much. I need to stop crying. So goodbye. I miss you terribly, Mom and Dad.” Jenna showed the audience a photo of the letter, which she said she sent her parents, former President George W. Bush, and First Lady Laura Bush.

Jenna recalled her husband saying, “‘Should we just go? Should I just go get her?'” The former first daughter told her husband that Mila is “fine” and they don’t need to go pick her up.

She asked Hoda, though, “Isn’t that the saddest?” And Hoda agreed, saying it was a “heartbreaker.” However, the co-hosts both thought that Mila would get over her homesickness soon and forget about her sadness quickly enough within a week.

Jenna then switched gears and related her daughter’s letter to Hoda’s upcoming travels to Tokyo to cover the 2020 Olympics for Today.

“I’m expecting an e-mail like that from you next week,” Jenna joked. Hoda hilariously responded, miming typing on her phone, “‘When are you gonna pick me up, Jenna? I’m here in Tokyo.'”

Adele, Rich Paul ‘having good time’ dating each other but ‘not super serious’