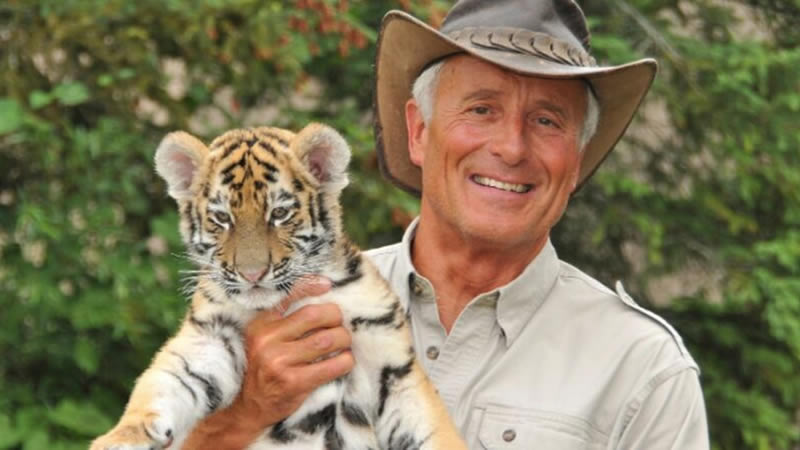 Celebrity zookeeper and TV host Jack Hanna has been diagnosed with dementia, his family has announced.

Hanna, 74, served as director of the Columbus Zoo in Ohio between 1978 and 1992, and remained as the organisation’s director emeritus. He continued serving as a spokesperson for the zoo until 2020, when he retired from those duties.

Hanna is also known to the public through his live animal demonstrations with talk show hosts such as Johnny Carson, David Letterman, and James Corden. Under his tenure as director, the Columbus Zoo’s attendance and profile increased considerably.

In a news release shared on Wednesday by The Associated Press, Hanna’s family said it is believed that Hanna has Alzheimer’s disease, and that the condition has progressed quickly over the past few months. He is now set to retire from public life.

“The Columbus Zoo and Aquarium has been a major part of our lives since we moved to Central Ohio as young girls in 1978,” Hanna’s three daughters wrote in the statement, released on Wednesday. “From day one, Dad advocated for improved wildlife habitats and focused on connecting the community with animals.”

In addition to his work as a zookeeper, Hanna hosted his own TV shows, including Jack Hanna’s Animal Adventures, which aired on syndication from 1993 to 2008. Two other series followed: Jack Hanna’s Into the Wild, which began airing in 2007, and Jack Hanna’s Wild Countdown, which started in 2011. Both shows ran until 2020.

“While Dad’s health has deteriorated quickly, we can assure you that his great sense of humour continues to shine through,” his daughters added in their statement. “And yes, he still wears his khakis at home.”

Due to Covid-19 restrictions, the family has asked for privacy, “which is ironic given Dad’s love of interacting with people”.

“He has spent his life connecting people and wildlife because he has always believed that having people see and experience animals is key to engaging them in more impactful conservation efforts,” Hanna’s daughters said.

“Even though Dad is no longer able to travel and work in the same way, we know that his infectious enthusiasm has touched many hearts and will continue to be his legacy.”

Britney Spears says she felt ‘nothing’ after receiving coronavirus vaccine

Dr. Fauci reveals where the next COVID-19 spikes will come

Woman claims her neighbor called cops over her ‘inappropriate’ outfit: ‘I am fully dressed’