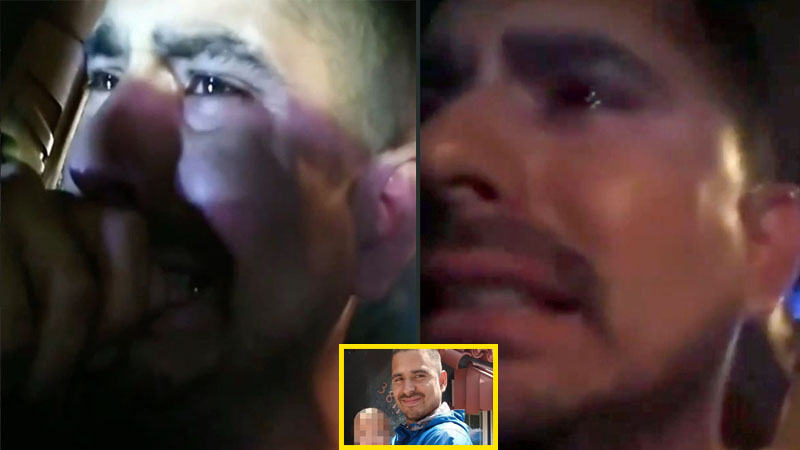 A social media car influencer shot himself dead live on Instagram following a high-speed police chase in California after his naked girlfriend reported that he attacked her with an axe.

According to DailyStar, Angel Hernandez Grado, 28, was accused of tying up and abusing his girlfriend and mother of his young son. The social media influencer tied her up, sexually assaulted her, strangled her and hit her in the head with an axe.

The 25-year-old girlfriend of Instagram star S2K Wya was reportedly found naked in the street with broken ribs by her neighbors. She claimed Grado had kept her tied up in his apartment for 48 hours while he sexually assaulted her, strangled her, and hit her in the head with an ax, local police lieutenant Carmelin Rivera said.

Grado also threatened to buy a gun and kill her if she attempted to call police. However, she managed to escape when her boyfriend left the house and ran to her neighbors’ house, where the police were called on Tuesday night at around 8pm.

Police were given a description of the suspect and his white BMW X5, which they spotted about 1:30 a.m. on Interstate 15. When they tried to stop the SUV, the driver repeatedly stopped and started driving again, police Lt. Carmelin Rivera told the Union Tribune.

Grado, after an hour-long chase and standoff with police, live streamed his final moments in an expletive-filled video before he shot himself later that night, ending a police chase that lasted for over five hours. The video of the standoff before he turned the gun on himself, has since gone viral.

Grado was a popular social media car influencer and his tragic death has left his fans shocked.

The Five Phases of Cellulite Formation That You Should Know

Positive and Negative Effects of Sunbathing

What happens if Joe Biden dies in office?

Is It Safe to Drink Alcohol After Getting Covid-19 Vaccines?