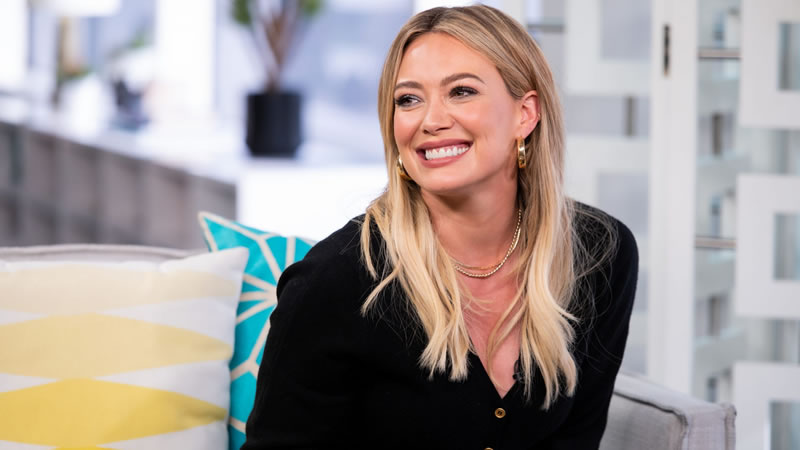 Hilary Duff came forth unleashing a wave of elation over her fans after she predicted the gender of her third child. The actress said she thinks it’s a boy this time, adding that ‘she will be scared’ if it’s a girl.

Speaking on a new episode of Informed Pregnancy Podcast with Dr. Elliot Berlin, the Younger Actress said, “I know the blue hair seems like we do know, but we really don’t,” she joked about her recent hair dye.

“I’m actually a little scared to have another girl because Banks was a tough — she was a tough cookie as a baby, but she’s so great now, so I could see it,” she added. “But then I don’t know, in my mind I’m like, ‘Maybe she’s my only little princess and she’s going to have her rough-and-tumble brothers.’ “

Duff continued, “Either way, we’re stoked and super excited. Everyone that’s close to me thinks boy, and then everyone that’s more of a stranger that’s like, ‘What are you having?’ they’re like, ‘We call girl.'”

The Lizzie Mcguire starlet said she does not really have a ‘strong feeling’ about the gender of her baby.

“Honestly, I’m just saying boy. I really don’t have a strong feeling about it either way, which made me feel guilty for the longest time,” she said. “I was like, ‘I should know, it’s inside my body. It’s my baby, I should know.’ “

She added, “I don’t know, and now I’m okay with just not knowing. But I think it’s a boy.”

Sean Hannity unaware commercial break is over, gets caught vaping

Barry Jenkins’ The Underground Railroad gets a new trailer from Amazon