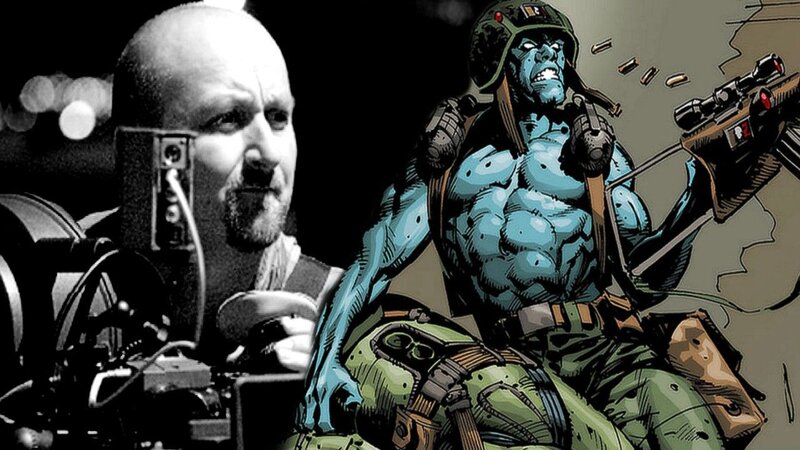 2019’s Hellboy director Neil Marshall reveals which iconic comic character and comic series he’d like to adapt to a feature film in the future.

In an interview with CBR, Marshall was asked which iconic comic character he’d like a chance at directing and he replied, “I’ve never been like a massive comic book fan. I suppose the one that always comes back to me is, in the U.K. we have a comic called 2000 A.D. And I always wanted to do a movie with a character in that series called Rogue Trooper. There are a bunch of great characters in that, but Rogue Trooper was the one that I always wanted a crack at.”
Currently, there’s a Rogue Trooper film in development. In 2018, it was announced that Warcraft director Duncan Jones would be helming a Rogue Trooper film alongside his production company Liberty Films, as confirmed on the production company’s Twitter.

In 2019, Jones provided an update on the film’s progress to EW, stating, “We’re in the exciting bit right now of concept-arting-out some of the elements of the script. The script is really looking pretty good now. It’s getting to the point where we’re going to have to start casting and making the thing.” However, no casting announcements have been made at this time.

The Rogue Trooper character was co-created by Gerry Finley-Day and Dave Gibbons. Rogue is a blue, genetically engineered super-soldier who is immune to most toxins and can submerge himself in acid without injury. Rogue carries his comrades with him in the form of digital bio-chips — containing a fallen soldier’s entire personality to be downloaded later when needed. Gunnar is attached to his rifle, Helm is attached to his helmet and Bagman is attached to his backpack. In Rogue Trooper, the four soldiers go on a quest to confront the Traitor General.

Marshall previously directed 2019’s Hellboy, which was considered a flop both commercially and by critics. However, Marshall is better known for directing beloved horror classics Dog Soldiers and The Descent. In television, Marshall has also made a name for himself directing several episodes within the fantastical and action-packed realm including Constantine, Hannibal and Westworld. In 2014, he was nominated for an Emmy for directing Game of Thrones Season 4, Episode 9, “The Watchers on the Wall.”

Neil Marshall’s latest historical thriller, The Reckoning, centered on the English Witch Trials will stream on Shudder exclusively starting May 13.