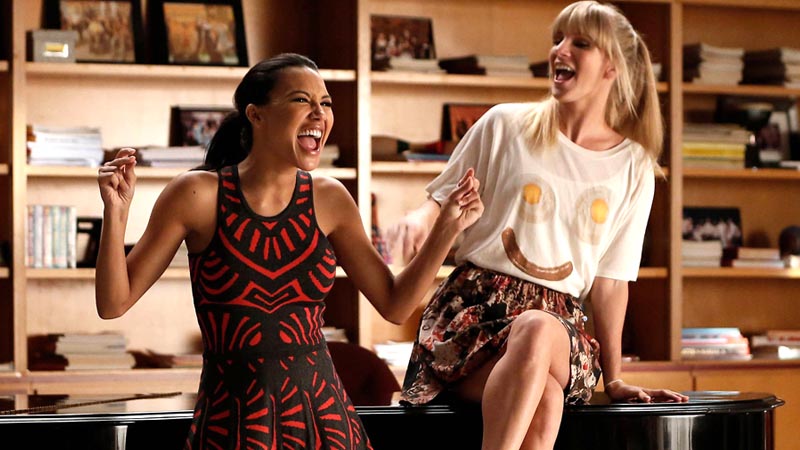 After almost a month since the death of American actor Naya Rivera, her costar on Glee, Heather Morris paid homage to her departed friend in a tearful video.

In a video, Morris 33, reflected on Rivera’s journey of becoming a television hero for the LGBTQ+ community through her groundbreaking portrayal of Santana Lopez on Glee.

“I want you to know that that was never lost on me. It was never lost on Naya. We both knew how special that was. I think she knew a little bit more than I did. I really felt it a lot later with all the messages and all the people reaching out. and I knew the writers also knew that as well. They were basically writing for the fans,” she went on to say.

“I felt a really deep need to connect to all of you right now because I just know how important our relationship was to you all. And I know a lot of you feel very lost and very far away from what happened, a maybe a bit confused. And that’s completely normal,” she said as she teared up.

“But I felt like it owed it to you guys because I think the fans were such a huge impact on our storyline and I want to thank you all for being such advocates and so supportive of Santana and Brittany’s relationship, because without you guys it never would have existed.

“You guys helped create something for the writers and, for Naya and I, that made an impact that will last for a lifetime and beyond then. So I want to thank everyone here watching and I want to thank all the fans for your love and support.

“I want you to know that we are all here with you, that grief looks different on everybody and I want you to be gentle and kind to yourself during this time. I think many of you may feel very far away and I hope this message will help you feel closer.

“Something that’s helped me is to write a letter to talk to her and so I hope that helps,” she said as she concluded.