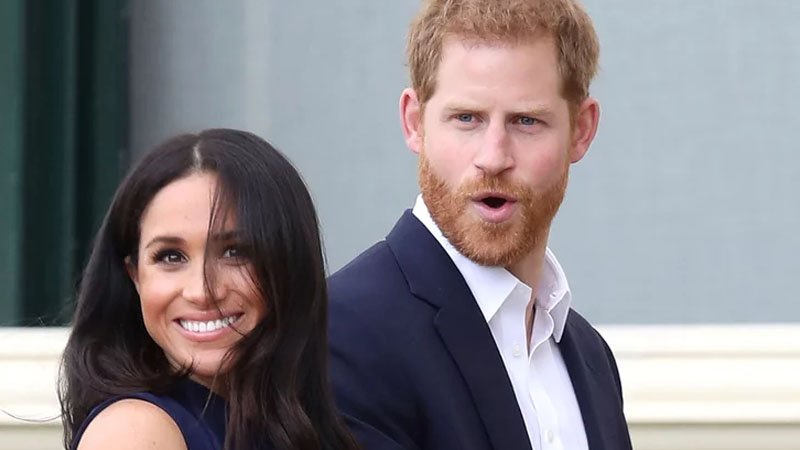 Prince Harry and Meghan Markle, according to royal expert Robert Jobson, have strained the “great special relationship” between the United Kingdom and the United States by making it “difficult” for the Royal Family to visit America. This is mainly due to The Sussexes having jeopardized the monarchy’s public image, since their bombshell Oprah Winfrey interview, by accusing them of racism and neglect.

Robert Jobson told GB News: “I think it’s going to be difficult actually for members of the Royal Family to go over to America. It’s all going to be about Harry and Meghan.”

In January 2020, Meghan Markle and Prince Harry revealed that they will be scaling back their duties on behalf of the Royal Family. Dubbed ‘Megxit’ by the press, the pair relocated to California and signed multiple multi-million-pound deals with streaming giants Netflix and Spotify to safeguard their financial independence.

They gave a two-hour tell-all interview to Oprah Winfrey in March 2021, in which they disclosed intimate information behind the breakdown of their relationship with the Royal Family. Buckingham Palace was accused of disregarding the couple’s mental health, leaving Meghan feeling suicidal while pregnant, and Palace advisors unwilling to correct damaging tabloid articles about the Duchess.

Prince Harry claimed that Prince Charles had “stopped taking my calls” and that he felt “really let down.” The most damaging allegation was that a senior member of the Royal Family made a racist remark regarding their unborn son’s skin color.

The interview caused a PR crisis at Buckingham Palace, prompting Prince William to respond: “We are very much not a racist family”. Despite Harry’s visits to London on two occasions, relations between the Royal Family and the Duke and Duchess of Sussex remain strained.

According to polls conducted by YouGov and Morning Consult, while the couple’s popularity has decreased in the United Kingdom, American viewers have been more sympathetic to the Sussexes.

After the interview aired, the press secretary for the US President Joe Biden said to reporters: “For anyone to come forward and speak about their own struggles with mental health and tell their own personal story, that takes courage and that’s certainly something the president believes.”

The Royal Family has long played a key role in forging the ‘special relationship’ between the United Kingdom and the United States, with the Queen hosting Presidents during their official visits. President Joe Biden and his wife Jill Biden were recently welcomed to Windsor Castle for afternoon tea by Her Majesty. The couple was in Cornwall for the G7 summit and later spent 45 minutes with the Queen, where they were welcomed by the Guard of Honour.